1. Searching all directions with one’s awareness, one finds no one dearer than oneself. In the same way, others are fiercely dear to themselves. So one should not hurt others if one loves oneself.

2. The Buddha said, “Those who rejoice in seeing others observe the Way will obtain great blessing.” A Sramana asked the Buddha, “Would this blessing be destroyed?” The Buddha replied, “It is like a lighted torch whose flame can be distributed to ever so many other torches which people may bring along; and therewith they will cook food and dispel darkness, while the original torch itself remains burning ever the same. It is even so with the bliss of the Way.”

3. Let him radiate boundless love towards the entire world — above, below, and across — unhindered, without ill will, without enmity.

4. Just as a mother would protect her only child with her life even so let one cultivate a boundless love towards all beings. 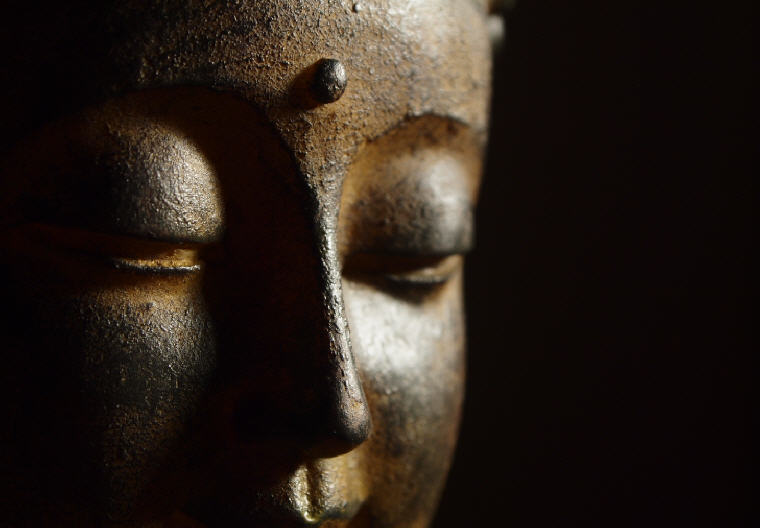 Excerpt from Wikipedia: Siddhārtha Gautama (Sanskrit: सिद्धार्थ गौतम; Pali:सिद्धाथ गोतम Siddhattha Gotama) was a spiritual teacher from the north eastern region of South Asia who founded Buddhism. In most Buddhist traditions, he is regarded as the Supreme Buddha (P. sammāsambuddha, S. samyaksaṃbuddha ) of our age, “Buddha” meaning “awakened one” or “the enlightened one.”
__________________

#1 Verse 61 from The Dhammapada

1. Should a seeker not find a companion who is better or equal, let him resolutely pursue a solitary course; there is no fellowship with the fool.

2. Better than a thousand useless words is one useful word, hearing which one attains peace.

3. They do not mourn for the past, they do not yearn for the future, they live on the present; therefore they are of good complexion.

4. Mind precedes all mental states. Mind is their chief; they are all mind-wrought. If with an impure mind a person speaks or acts suffering follows him like the wheel that follows the foot of the ox.

#7 Kucchivikara-vatthu: The Monk with Dysentery, by Thanissaro Bhikkhu [S]

7. If you don’t tend to one another, who then will tend to you? Whoever would tend to me, should tend to the sick.

#8 Verse 19 from The Dhammapada

8. Much though he recites the sacred texts, but acts not accordingly, that heedless man is like a cowherd who only counts the cows of others — he does not partake of the blessings of the holy life.

#9 Thanissaro Bhikkhu translated this from the Pali

9. “Monks, a statement endowed with five factors is well-spoken, not ill-spoken. It is blameless & unfaulted by knowledgeable people. Which five?

“A statement endowed with these five factors is well-spoken, not ill-spoken. It is blameless & unfaulted by knowledgeable people.”

#10 Verse 4 from The Dhammapada

10. “He abused me, he struck me, he overpowered me, he robbed me.” Those who do not harbor such thoughts still their hatred.

11. Speak not harshly to anyone, for those thus spoken to might retort. Indeed, angry speech hurts, and retaliation may overtake you. (Verse 133 of The Dhammapada)

12. Few among men are those who cross to the farther shore. The rest, the bulk of men, only run up and down the hither bank.

14. Speak the truth; yield not to anger; when asked, give even if you only have a little. By these three means can one reach the presence of the gods.

15. One should give up anger, renounce pride, and overcome all fetters. Suffering never befalls him who clings not to mind and body and is detached.

19. He who is meditative, stainless and secluded, he who has done his duty and is free from corruptions, he who has attained the Highest Goal—him I call a brāhmaṇa. (Narada Thera translated this verse 386 of The Dhammapada)

20. As a mountain of rock is unshaken by wind, so also, the wise are unperturbed by blame or by praise. (Verse 81 of The Dhammapada)

21. It is in the nature of things that joy arises in a person free from remorse. (Cetana Sutta, Anguttara Nikaya)

22. Ardently do today what must be done. Who knows? Tomorrow, death comes. (Bhaddekaratta Sutta)

23. Should you find a wise critic to point out your faults, follow him as you would a guide to hidden treasure. (Verse 76 of the Dhammapada)

24. Hatred is never appeased by hatred in this world. By non-hatred alone is hatred appeased. This is a law eternal.

26. Don’t run back to the past,
don’t hope for the future.
What’s past is left behind;
the future has not arrived;

and phenomena in the present
are clearly seen in every case.
Knowing this, foster it—
unfaltering, unshakable.

Today’s the day to keenly work—
who knows, tomorrow may bring death!
For there is no bargain to be struck
with Death and his mighty hordes.

The peaceful sage explained it’s those
who keenly meditate like this,
tireless all night and day,
who truly have that one fine night.