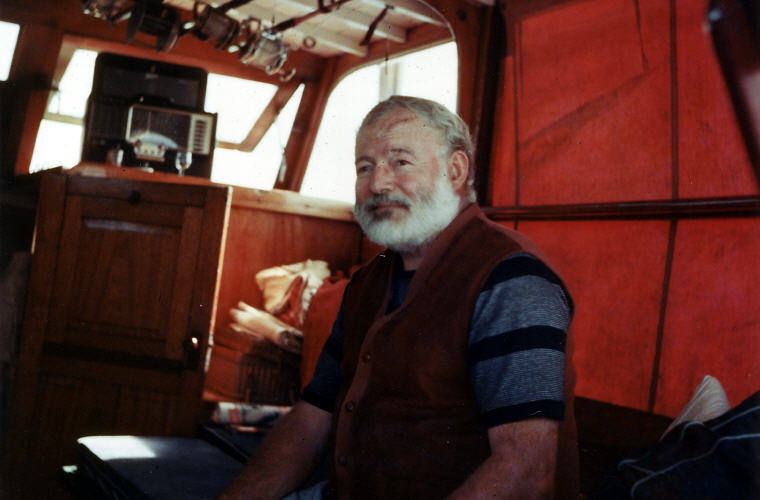 1. There is no lonelier man in death, except the suicide, than that man who has lived many years with a good wife and then outlived her. If two people love each other there can be no happy end to it.

3. I don’t want you to go away. I just said that. You go if you want to. But hurry right back. Why, darling, I don’t live at all when I’m not with you.

6. Never to go on trips with anyone you do not love.

9. I’m not unfaithful, darling. I’ve plenty of faults but I’m very faithful. You’ll be sick of me I’ll be so faithful.

10. You’ve such a lovely temperature.

11. You know I don’t love any one but you. You shouldn’t mind because some one else loved me.

12. When I saw her I was in love with her. Everything turned over inside of me. She looked toward the door, saw there was no one, then she sat on the side of the bed and leaned over and kissed me. I pulled her down and kissed her and felt her heart beating.

13. To be a successful father … there’s one absolute rule: when you have a kid, don’t look at it for the first two years. 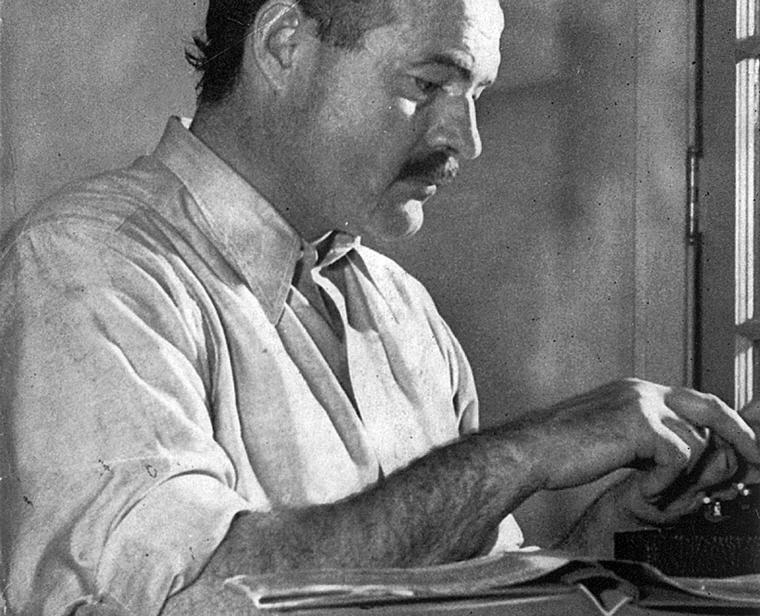 Hemingway working on his book For Whom the Bell Tolls at the Sun Valley Lodge, Idaho in December 1939, Photo credit: Wikipedia

#14 For Whom the Bell Tolls

Excerpt from Wikipedia: Ernest Miller Hemingway (July 21, 1899 – July 2, 1961) was an American author and journalist. His economical and understated style had a strong influence on 20th-century fiction, while his life of adventure and his public image influenced later generations. Hemingway produced most of his work between the mid-1920s and the mid-1950s, and won the Nobel Prize in Literature in 1954. He published seven novels, six short story collections, and two non-fiction works. Three novels, four collections of short stories, and three non-fiction works were published posthumously. Many of these are considered classics of American literature.
_____________________

1. The way to learn whether a person is trustworthy is to trust him.

3. Don’t you ever get the feeling that all your life is going by and you’re not taking advantage of it? Do you realize you’ve lived nearly half the time you have to live already?

6. By then I knew that everything good and bad left an emptiness when it stopped. But if it was bad, the emptiness filled up by itself. If it was good you could only fill it by finding something better.

7. I know that the night is not the same as the day : that all things are different, that the things of the night cannot be explained in the day, because they do not then exist, and the night can be a dreadful time for lonely people once their loneliness has started.

8. You are so brave and quiet I forget you are suffering.

10. That is what we are supposed to do when we are at our best — make it all up — but make it up so truly that later it will happen that way.

11. Forget your personal tragedy. We are all bitched from the start and you especially have to be hurt like hell before you can write seriously. But when you get the damned hurt use it—don’t cheat with it.

12. If we win here we will win everywhere. The world is a fine place and worth the fighting for and I hate very much to leave it.

#13-14 The Good Life According to Hemingway

13. My aim is to put down on paper what I see and what I feel in the best and simplest way.

14. There is no rule on how to write. Sometimes it comes easily and perfectly; sometimes it’s like drilling rock and then blasting it out with charges. 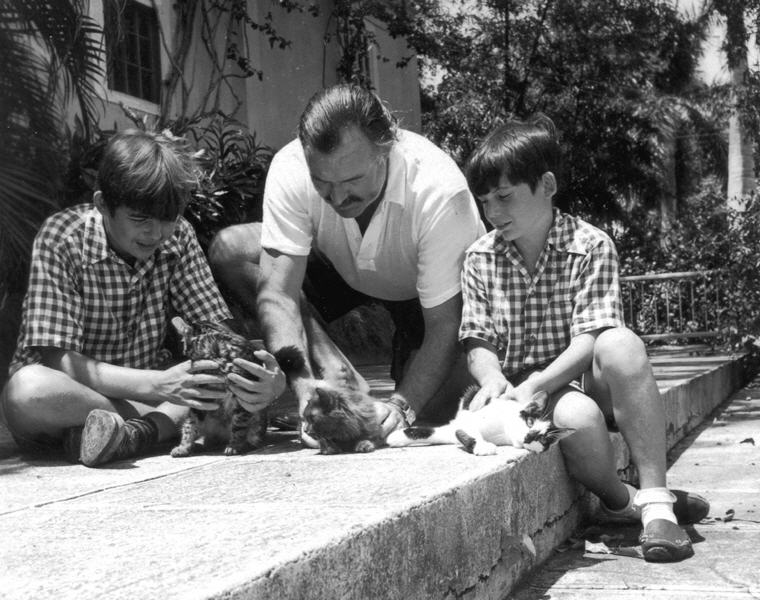 15. You make your own luck, Gig. You know what makes a good loser? Practice.

16. You know it makes one feel rather good deciding not to be a bitch.

17. The first and final thing you have to do in this world is last in it and not be smashed by it and your work the same way.

18. There are some things which cannot be learned quickly, and time, which is all we have, must be paid heavily for their acquiring. They are the very simplest things and because it takes a man’s life to know them the little new that each man gets from life is very costly and the only heritage he has to leave.

19. I have a good life but I must write because if I do not write a certain amount I do not enjoy the rest of my life.

20. Today is only one day in all the days that will ever be. But what will happen in all the other days that ever come can depend on what you do today.

21. How do you know they are impossible until you have tried them? If every one said orders were impossible to carry out when they were received where would you be? Where would we all be if you just said, “Impossible,” when orders came?

22. But life isn’t hard to manage when you’ve nothing to lose.

23. The world breaks everyone and afterward many are strong at the broken places. But those that will not break it kills. It kills the very good and the very gentle and the very brave impartially. If you are none of these you can be sure it will kill you too but there will be no special hurry.

24. No, that is the great fallacy: the wisdom of old men. They do not grow wise. They grow careful.

26. Every day is a new day. It is better to be lucky. But I would rather be exact. Then when luck comes you are ready.

#28 The Good Life According to Hemingway, A. E. Hotchner

28. In order to write about life, first you must live it.

#29 For Whom the Bell Tolls

30. Everybody has strange things that mean things to them. You couldn’t help it.

31. I’m tired of everybody…Please forgive me.

1. A cat has absolute emotional honesty: human beings, for one reason or another, may hide their feelings, but a cat does not.

2. Every man’s life ends the same way. It is only the details of how he lived and how he died that distinguish one man from another.