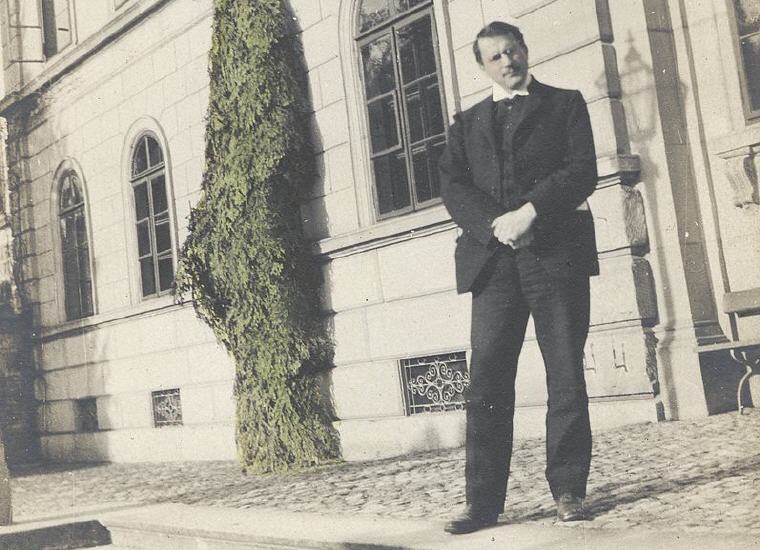 1. Where love rules, there is no will to power; and where power predominates, there love is lacking. The one is the shadow of the other.

#2 Modern Man in Search of a Soul

2. The meeting of two personalities is like the contact of two chemical substances: if there is any reaction, both are transformed.

Excerpt from Wikipedia: Carl Gustav Jung (26 July 1875 – 6 June 1961) was a Swiss psychotherapist and psychiatrist who founded analytical psychology. Jung proposed and developed the concepts of the extroverted and the introverted personality, archetypes, and the collective unconscious. His work has been influential in psychiatry and in the study of religion, literature, and related fields.
______________________

1. A man who has not passed through the inferno of his passions has never overcome them.

2. As far as we can discern, the sole purpose of human existence is to kindle a light in the darkness of mere being.

3. Everything that irritates us about others can lead us to an understanding of ourselves.

4. But man’s task is the exact opposite: to become conscious of the contents that press upward from the unconscious.

6. The shoe that fits one person pinches another; there is no recipe for living that suits all cases. Each of us carries his own life-form — an indeterminable form which cannot be superseded by any other.

7. For it all depends on how we look at things, and not on how they are in themselves. The least of things with a meaning is worth more in life than the greatest of things without it.

8. Among all my patients in the second half of life—that is to say, over thirty-five—there has not been one whose problem in the last resort was not that of finding a religious outlook on life. It is safe to say that every one of them fell ill because he had lost what the living religions of every age have given their followers, and none of them has been really healed who did not regain his religious outlook.

9. Knowledge rests not upon truth alone, but upon error also.

10. Perhaps this sounds very simple, but simple things are always the most difficult. In actual life it requires the greatest discipline to be simple, and the acceptance of oneself is the essence of the moral problem and the epitome of a whole outlook upon life.

11. The most intense conflicts, if overcome, leave behind a sense of security and calm that is not easily disturbed, or else a brokenness that can hardly be healed. Conversely, it is just these intense conflicts and their conflagration which are needed in order to produce valuable and lasting results.

12. It is a fact that cannot be denied: the wickedness of others becomes our own wickedness because it kindles something evil in our own hearts.

13. Mistakes are, after all, the foundations of truth, and if a man does not know what a thing is, it is at least an increase in knowledge if he knows what it is not.

14. As a doctor I am convinced that it is hygienic–if I may use the word–to discover in death a goal towards which one can strive, and that shrinking away from it is something unhealthy and abnormal which robs the second half of life of its purpose.

15. Sometimes, indeed, there is such a discrepancy between the genius and his human qualities that one has to ask oneself whether a little less talent might not have been better.

16. The man who promises everything is sure to fulfill nothing, and everyone who promises too much is in danger of using evil means in order to carry out his promises, and is already on the road to perdition.

17. Seldom, or perhaps never, does a marriage develop into an individual relationship smoothly and without crises; there is no coming to consciousness without pain.

18. Man needs difficulties; they are necessary for health.

#19 “The Art of Living”, interview with journalist Gordon Young first published in 1960

19. Even a happy life cannot be without a measure of darkness, and the word “happy” would lose its meaning if it were not balanced by sadness.

20. In my case Pilgrim’s Progress consisted in my having to climb down a thousand ladders until I could reach out my hand to the little clod of earth that I am.

21. Nobody, as long as he moves about among the chaotic currents of life, is without trouble.

22. If there is anything that we wish to change in the child, we should first examine it and see whether it is not something that could better be changed in ourselves.

23. If one does not understand a person, one tends to regard him as a fool.

24. …in all chaos there is a cosmos, in all disorder a secret order…

#25 The Secret of the Golden Flower

25. I had learned in the meanwhile that the greatest and most important problems of life are all in a certain sense insoluble. They must be so because they express the necessary polarity inherent in every self-regulating system. They can never be solved, but only outgrown.

26. Without freedom there can be no morality.

27. Your vision will become clear only when you can look into your own heart. Who looks outside, dreams; who looks inside, awakes.

#28 The Structure and Dynamics of the Psyche

28. The serious problems in life, however, are never fully solved. If ever they should appear to be so it is a sure sign that something has been lost. The meaning and purpose of a problem seem to lie not in its solution but in our working at it incessantly. This alone preserves us from stultification and petrifaction.

29. Knowing your own darkness is the best method for dealing with the darknesses of other people.

1. I am not what happened to me, I am what I choose to become.

2. Every form of addiction is bad, no matter whether the narcotic be alcohol or morphine or idealism.

3. Children are educated by what the grown-up is and not by his talk.

4. We deem those happy who from the experience of life have learnt to bear its ills without being overcome by them.

5. We cannot change anything until we accept it. Condemnation does not liberate, it oppresses.