1. What Women Want: To be loved, to be listened to, to be desired, to be respected, to be needed, to be trusted, and sometimes, just to be held. What Men Want: Tickets for the world series.

2. Guys are simple … women are not simple and they always assume that men must be just as complicated as they are, only way more mysterious. The whole point is guys are not thinking much. They are just what they appear to be. Tragically. 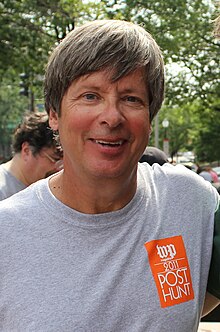 1. Never under any circumstances take a sleeping pill and a laxative on the same night.

2. You can only be young once. But you can always be immature.

3. Nobody cares if you can’t dance well. Just get up and dance.

4. People who want to share their religious views with you almost never want you to share yours with them.

5. It is a well-documented fact that guys will not ask for directions. This is a biological thing. This is why it takes several million sperm cells . . . to locate a female egg, despite the fact that the egg is, relative to them, the size of Wisconsin.

6. Scientists now believe that the primary biological function of breasts is to make males stupid.

7. Not all chemicals are bad. Without chemicals such as hydrogen and oxygen, for example, there would be no way to make water, a vital ingredient in beer.

8. My therapist told me the way to achieve true inner peace is to finish what I start. So far today, I have finished 2 bags of M&M’s and a chocolate cake. I feel better already.

9. Never be afraid to try something new. Remember that a lone amateur built the Ark. A large group of professionals built the Titanic.

10. When trouble arises and things look bad, there is always one individual who perceives a solution and is willing to take command. Very often, that individual is crazy.

11. Your hand and your mouth agreed many years ago that, as far as chocolate is concerned, there is no need to involve your brain.

12. A person who is nice to you, but rude to the waiter, is not a nice person.

13. No matter what happens, somebody will find a way to take it too seriously.

14. You can say any fool thing to a dog and the dog will just give you this look that says, ‘My GOSH, you’re RIGHT! I NEVER would’ve thought of that!