1. Marriage is a great institution. 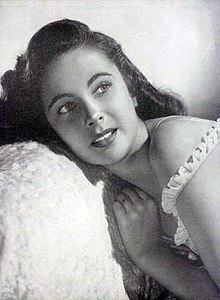 Except from Wikipedia: Dame Elizabeth Rosemond Taylor (February 27, 1932 – March 23, 2011), also known as Liz Taylor, was an English-American actress. Beginning as a child star, as an adult she came to be known for her acting talent and beauty, and had a much publicised private life, including eight marriages and several near death experiences. Taylor was considered one of the great actresses of Hollywood’s Golden Age. The American Film Institute named Taylor seventh on its Female Legends list.
_____________________________________

1. I feel very adventurous. There are so many doors to be opened, and I’m not afraid to look behind them.

3. I’m a survivor – a living example of what people can go through and survive.

4. You find out who your real friends are when you’re involved in a scandal.

5. When people say, ‘She’s got everything’, I’ve got one answer – I haven’t had tomorrow.

6. I’ve only slept with men I’ve been married to. How many women can make that claim?

7. It is strange that the years teach us patience; that the shorter our time, the greater our capacity for waiting.

8. If it is not to make the world better what is money for?

9. Success is a great deodorant. It takes away all your past smells.

Want to know what's causing your food intolerance or allergy?