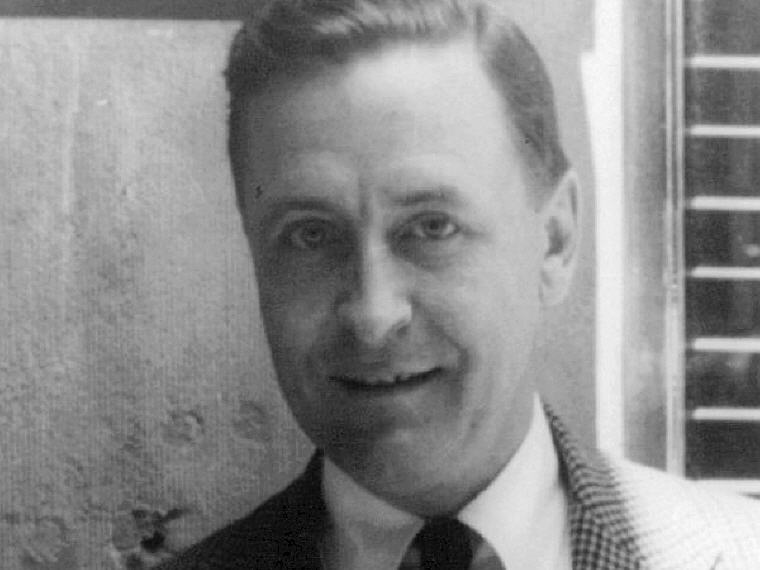 #1 The Lees of Happiness

1. It was a marriage of love. He was sufficiently spoiled to be charming; she was ingenuous enough to be irresistible. Like two floating logs they met in a head-on rush, caught, and sped along together.

2. All life is just a progression toward, and then a recession from, one phrase—’I love you.’

3. But Isabelle I fell in love with her courage, her sincerity and her flaming self respect and its these things I’d believe in even if the whole world indulged in wild suspicions that she wasn’t all that she should be.

But of course the real reason, Isabelle, is that I love her and that’s the beginning and end of everything.

4. Actually that’s my secret—I can’t even talk about you to anybody because I don’t want any more people to know how wonderful you are.

5. When you’re older you’ll know what people who love suffer. The agony. It’s better to be cold and young than to love.

6. I don’t ask you to love me always like this, but I ask you to remember. Somewhere inside me there’ll always be the person I am to-night.

7. Ah, but I love the most, and I can tell when you’re away from me, even a little. I think it’s wonderful to be just like everybody else, to reach out and find you all warm beside me in the bed.

#8-12 The Beautiful and Damned

9. …two souls are sometimes created together and—and in love before they’re born.

10. There’s nothing funny about our relation to each other. I don’t mind playing the fool, and I don’t mind having you do it, but I can’t stand it when we’re together.

11. …I don’t want to argue. I think it’s wonderful that we can kiss and forget, and when we can’t it’ll be time to argue.

12. I knew that what was left of me would always love you, but never in quite the same way.

13. You are the finest, loveliest, tenderest, most beautiful person I have ever known, but even that is an understatement because the length that you went to there at the end would have tried anybody beyond endurance.

15. …till then I’ll be here just waiting and hoping for every long dream of you to come true.

17. …one day when I was feeling lonely your father came to take me driving, and from that day I never had a single doubt. Love isn’t like it is in books.

18. You’ve a place in my heart no one else ever could have…

19. I love you so much, much, much that it just hurts every minute I’m without you…

20. There are all kinds of love in the world, but never the same love twice.

Excerpt from Wikipedia: Francis Scott Key Fitzgerald (September 24, 1896 – December 21, 1940) was an American novelist, essayist, screenwriter, and short-story writer, although he was best known for his novels depicting the flamboyance and excess of the Jazz Age—a term which he coined. During his lifetime, he published four novels, four collections of short stories, and 164 short stories. Although he temporarily achieved popular success and fortune in the 1920s, Fitzgerald only received wide critical and popular acclaim after his death. He is widely regarded as one of the greatest American writers of the 20th century.
_________________

1. The idea that to make a man work you’ve got to hold gold in front of his eyes is a growth, not an axiom. We’ve done that for so long that we’ve forgotten there’s any other way.

2. Let me tell you about the very rich. They are different from you and me. They possess and enjoy early, and it does something to them, makes them soft where we are hard, and cynical where we are trustful, in a way that, unless you were born rich, it is very difficult to understand.

3. Family quarrels are bitter things. They don’t go according to any rules. They’re not like aches or wounds, they’re more like splits in the skin that won’t heal because there’s not enough material.

4. Whenever you feel like criticizing any one…just remember that all the people in this world haven’t had the advantages that you’ve had.

5. Let us learn to show our friendship for a man when he is alive and not after he is dead.

6. And so with the sunshine and the great bursts of leaves growing on the trees, just as things grow in fast movies, I had that familiar conviction that life was beginning over again with the summer.

7. One should, for example, be able to see that things are hopeless and yet be determined to make them otherwise. This philosophy fitted on to my early adult life, when I saw the improbable, the implausible, often the “impossible”, come true.

8. I must hold in balance the sense of the futility of effort and the sense of the necessity to struggle; the conviction of the inevitability of failure and still the determination to “succeed” — and, more than these, the contradiction between the dead hand of the past and the high intentions of the future.

9. The world only exists in your eyes—your conception of it. You can make it as big or as small as you want to.

10. It isn’t given to us to know those rare moments when people are wide open and the lightest touch can wither or heal. A moment too late and we can never reach them any more in this world. They will not be cured by our most efficacious drugs or slain with our sharpest swords.

11. You’ve got to sell your heart, your strongest reactions, not the little minor things that only touch you lightly, the little experiences that you might tell at dinner. This is especially true when you begin to write, when you have not yet developed the tricks of interesting people on paper, when you have none of the technique which it takes time to learn. When, in short, you have only your emotions to sell.

12. Once one is caught up into the material world not one person in ten thousand finds the time to form literary taste, to examine the validity of philosophic concepts for himself, or to form what, for lack of a better phrase, I might call the wise and tragic sense of life.

14. Either you think—or else others have to think for you and take power from you, pervert and discipline your natural tastes, civilize and sterilize you.

15. Well, you never knew exactly how much space you occupied in people’s lives. Yet from this fog his affection emerged—the best contacts are when one knows the obstacles and still wants to preserve a relation.

16. In any case you mustn’t confuse a single failure with a final defeat.

17. Things are sweeter when they’re lost. I know—because once I wanted something and got it. It was the only thing I ever wanted badly, Dot. And when I got it it turned to dust in my hands.

18. We all have souls of different ages…at least that’s what I say.

#19 The Love of the Last Tycoon

19. I can’t exactly describe how I feel but it’s not quite right. And it leaves me cold.