1. Before marriage, a man will lie awake all night thinking about something you said; after marriage, he’ll fall asleep before you finish saying it.

2. After a few years of marriage a man can look right at a woman without seeing her and a woman can see right through a man without looking at him.

4. Marriage is like twirling a baton, turning hand springs or eating with chopsticks. It looks easy until you try it.

5. In love, somehow, a man’s heart is always either exceeding the speed limit, or getting parked in the wrong place.

6. Falling in love consists merely in uncorking the imagination and bottling the common sense.

7. Marriage is the miracle that transforms a kiss from a pleasure into a duty.

8. Marriage is the operation by which a woman’s vanity and a man’s egotism are extracted without an anaesthetic.

9. Love, like a chicken salad a restaurant has, must be taken with blind faith or it loses its flavor. 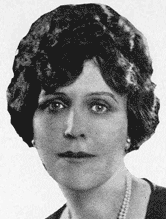 1. A man is like a cat; chase him and he will run – sit still and ignore him and he’ll come purring at your feet.

2. Flirting is the gentle art of making a man feel pleased with himself.

4. Life begins at 40 – but so do fallen arches, rheumatism, faulty eyesight, and the tendency to tell a story to the same person, three or four times.

5. A bachelor never quite gets over the idea that he is a thing of beauty and a boy forever.

6. A bride at her second marriage does not wear a veil. She wants to see what she is getting.

7. A Bachelor of Arts is one who makes love to a lot of women, and yet has the art to remain a bachelor.

10. A man snatches the first kiss, pleads for the second, demands the third, takes the fourth, accepts the fifth – and endures all the rest.

11. And verily, a woman need know but one man well, in order to understand all men; whereas a man may know all women and understand not one of them.

12. A good woman inspires a man; a brilliant woman interests him; a beautiful woman fascinates him; and a sympathetic woman gets him.

13. Every man wants a woman to appeal to his better side, his nobler instincts and his higher nature – and another woman to help him forget them.

14. A woman’s flattery may inflate a man’s head a little; but her criticism goes straight to his heart, and contracts it so that it can never again hold quite as much love for her.

17. Ever since Eve started it all by offering Adam the apple, woman’s punishment has been to supply a man with food then suffer the consequences when it disagrees with him.

18. To make a man perfectly happy tell him he works too hard, that he spends too much money, that he is ”misunderstood” or that he is ”different”; none of this is necessarily complimentary, but it will flatter him infinitely more that merely telling him that he is brilliant, or noble, or wise, or good.