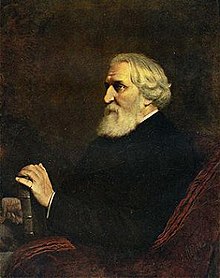 1. If we wait for the moment when everything, absolutely everything is ready, we shall never begin.

2. Time sometimes flies like a bird, sometimes crawls like a snail; but a man is happiest when he does not even notice whether it passes swiftly or slowly.

3. Nature cares nothing for logic, our human logic: she has her own, which we do not recognize and do not acknowledge until we are crushed under its wheel

4. Nothing is worse and more hurtful than a happiness that comes too late. It can give no pleasure, yet it deprives you of that most precious of rights – the right to swear and curse at your fate!

5. I’m incapable of describing the feeling with which I left. I wouldn’t want it ever to be repeated, but I would have considered myself unfortunate if I’d never experienced it.

7. I don’t see why it’s impossible to express everything that’s on one’s mind.

8. So long as one’s just dreaming about what to do, one can soar like an eagle and move mountains, it seems, but as soon as one starts doing it one gets worn out and tired.

9. We’re young, we’re not monsters, no fools: we’ll conquer happiness for ourselves.

10. That’s what children are for—that their parents may not be bored.