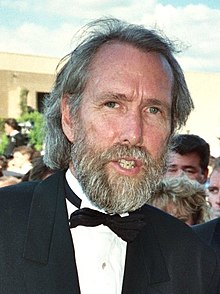 1. Life’s like a movie, write your own ending. Keep believing, keep pretending. We’ve done just what we set out to do. Thanks to the lovers, the dreamers and you.

2. Beauty is in the eye of the beholder and it may be necessary from time to time to give a stupid or misinformed beholder a black eye.

4. My hope still is to leave the world a bit better than when I got here.

5. The most sophisticated people I know – inside they are all children.

6. If you care about what you do and work hard at it, there isn’t anything you can’t do if you want to.

7. When I was young, my ambition was to be one of the people who made a difference in this world. My hope is to leave the world a little better for having been there.

8. I believe that we form our own lives, that we create our own reality, and that everything works out for the best.

9. I really do believe that all of you are at the beginning of a wonderful journey.As you start traveling down that road of life, remember this: There are never enough comfort stops. The places you’re going to are never on the map. And once you get that map out, you won’t be able to re-fold it no matter how smart you are.

So forget the map, roll down the windows, and whenever you can pull over and have picnic with a pig. And if you can help it never fly as cargo.

10. We see with our eyes. We know with our hearts. Outside … Inside.

11. Life is meant to be fun, and joyous, and fulfilling.

12. Yes, its one of the basic truths of the universe; things don’t disappear. They just change, and change and change again.

13. ‘Age’ is the acceptance of a term of years. But maturity is the glory of years.