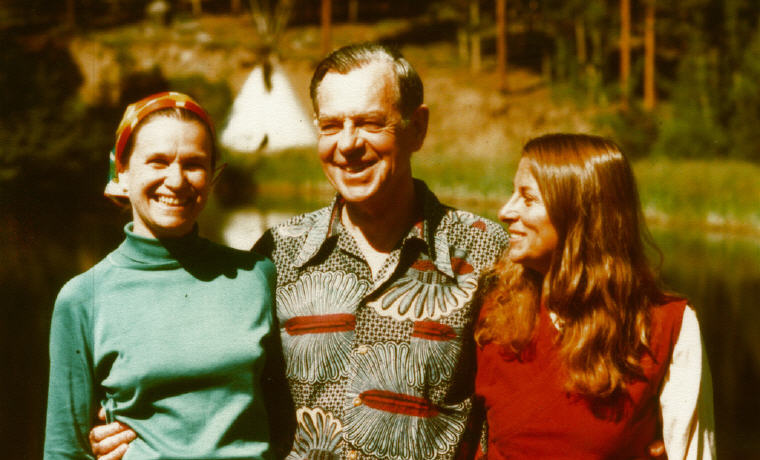 1. When you make the sacrifice in marriage, you’re sacrificing not to each other but to unity in a relationship.

2. Marriage is not a simple love affair, it’s an ordeal, and the ordeal is the sacrifice of ego to a relationship in which two have become one.

3. The Chinese image of the Tao, with the dark and light interacting – that’s the relationship of yang and yin, male and female, which is what marriage is. And that’s what you have become when you have married. You’re no longer this one alone; your identity is in a relationship.

4. Perfection is inhuman. Human beings are not perfect. What evokes our love — and I mean love, not lust — is the imperfection of the human being.

5. The principle of compassion is that which converts disillusionment into a participatory companionship. So when the fact shows through the animus or anima, what you must render is compassion. This is the basic love, the charity, that turns a critic into a living human being who has something to give to — as well as to demand of — the world.

Excerpt Wikipedia: Joseph John Campbell (March 26, 1904 – October 30, 1987) was an American mythologist, writer and lecturer, best known for his work in comparative mythology and comparative religion. His work is vast, covering many aspects of the human experience. His philosophy is often summarized by his phrase: “Follow your bliss.”
_____________________

1. A hero is someone who has given his or her life to something bigger than oneself.

2. I say, follow your bliss and don’t be afraid, and doors will open where you didn’t know they were going to be.

3. The way to find out about your happiness is to keep your mind on those moments when you feel most happy, when you really are happy-not excited, not just thrilled, but deeply happy. This requires a little bit of self analysis. What is it that makes you happy? Stay with it, no matter what people tell you. This is what I call “following your bliss.”

4. Is the system going to flatten you out and deny you your humanity, or are you going to be able to make use of the system to the attainment of human purposes?

5. The achievement of the hero is one that he is ready for and it’s really a manifestation of his character.

6. Your life is the fruit of your own doing. You have no one to blame but yourself.

7. We’re so engaged in doing things to achieve purposes of outer value that we forget that the inner value, the rapture that is associated with being alive, is what it’s all about.

8. Out of perfection nothing can be made. Every process involves breaking something up. The earth must be broken to bring forth life. If the seed does not die, there is no plant. Bread results from the death of wheat. Life lives on lives. Our own life lives on the acts of other people. If you are lifeworthy, you can take it.

9. It is by going down into the abyss that we recover the treasures of life. Where you stumble, there lies your treasure.

10. The very cave you are afraid to enter turns out to be the source of what you are looking for.

11. Opportunities to find deeper powers within ourselves come when life seems most challenging.

12. Participate joyfully in the sorrows of the world. We cannot cure the world of sorrows, but we can choose to live in joy.

13. We must be willing to get rid of the life we’ve planned so as to have the life that is waiting for us. The old skin has to be shed before the new one can come.

#14 The Message of Myth, The Power of Myth

15. It is only those who know neither an inner call nor an outer doctrine whose plight is truly desperate; that is to say, most of us today, in this labyrinth without and within the heart.

16. I think a person who takes a job in order to live–that is to say, for the money–has turned himself into a slave. WORK begins when you don’t like what you’re doing. There’s a wise saying: make your hobby your source of income. Then there’s no such thing as work, and there’s no such thing as getting tired. That’s been my experience. I did just what I wanted to do. It takes a little courage at first, because who the hell wants you to do just what you want to do; they’ve all got a lot of plans for you. But you can make it happen. I think it’s very important for a young person to have the courage to do what seems to him significant in his life, and not just take a job in order to make money. But this takes a bit of prudence and very careful planning, and may delay financial achievement and comfortable living. But the ultimate result will be very much to his pleasure.

#17 Joseph Campbell, The Hero’s Journey (On Living in the World), quoted in Diane K. Osbon in Reflections on the Art of Living: A Joseph Campbell Companion

17. Life is without meaning. You bring the meaning to it. The meaning of life is whatever you ascribe it to be. Being alive is the meaning.

18. What each must seek in his life never was, on land or sea. It is to be something out of his own unique potentiality for experience, something that never has been and never could have been experienced by anyone else.

20. Our life evokes our character and you find out more about yourself as you go on.

21. One thing that comes out in myths is that at the bottom of the abyss comes the voice of salvation. The black moment is the moment when the real message of transformation is going to come. At the darkest moment comes the light.

22. It’s only when a man tames his own demons that he becomes the king of himself if not of the world.

#23 Joseph Campbell and The Power of Myth with Bill Moyers PBS television series, 2001

23. Eternity has nothing to do with time. Eternity is that dimension of here and now which thinking and time cuts out. This is it. And if you don’t get it here, you won’t get it anywhere. And the experience of eternity right here and now is the function of life.

25. You may not know it. The world is a constellation of imperfections, and you, perhaps, are the most imperfect of all.

1. If the path before you is clear, you’re probably on someone else’s.

2. The problem is not to blame or to explain but to handle the life that arises.

3. If you can see your path laid out in front of you step by step, you know it’s not your path. Your own path you make with every step you take. That’s why it’s your path.