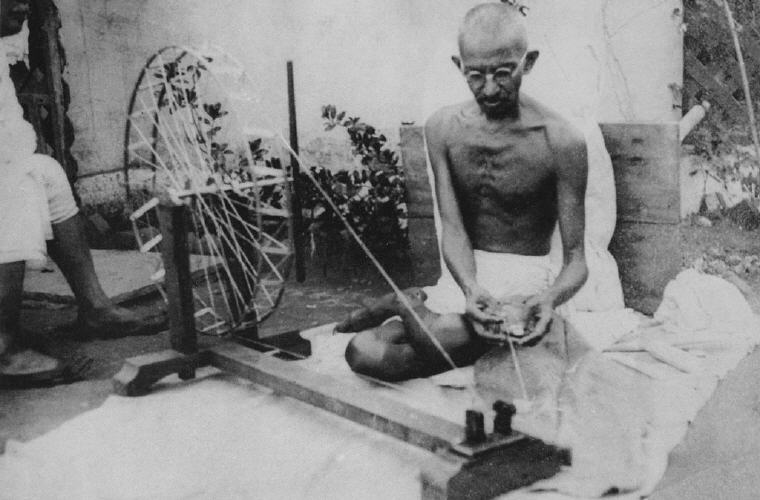 1. …nothing is impossible for pure love.

#2-3 Young India, 06 August 1925, Quoted in Lessons in Non-violent Civil Disobedience: From the life of M. K. Gandhi and his Legacy, Arun J. Mehta

2. Love is the strongest force the world possesses, and yet it is the humblest imaginable.

3. A love that is based on the goodness of those whom you love is a mercenary affair, whereas true love is self-effacing and demands no consideration.

4. Wherever there are jars, wherever you are confronted with an opponent, conquer him with love. In a crude manner, I have worked it out in my life. That does not mean that all my difficulties are solved. I have found, however, that this Law of Love has answered as the Law of Destruction has never done.

5. Love is reckless in giving away, oblivious as to what it gets in return.

#7 An Autobiography: The Story of My Experiments with Truth [S]

7. ‘Hate the sin and not the sinner’ is a precept which, though easy enough to understand, is rarely practised, and that is why the poison of hatred spreads in the world.

8. We can only win over the opponent by love, never by hate. Hate is the subtlest form of violence. We cannot be really non-violent and yet have hate in us.

Excerpt from Wikiquote: Mohandas Karamchand Gandhi (2 October 1869 – 30 January 1948), commonly known as Mahatma Gandhi (Sanskrit: महात्मा mahātmā “Great Soul”). In India he is generally regarded as Bapu (Gujarati: બાપુ bāpu “father”), Jathi Pitha and Raashtra Pita; he was an advocate and pioneer of nonviolent social protest and direct action in the form he called Satyagraha. He led the struggle for India’s independence from British colonial rule.
_____________________

1. A ‘No’ uttered from the deepest conviction is better than a ‘Yes’ merely uttered to please, or worse, to avoid trouble.

2. A man is but the product of his thoughts. What he thinks, he becomes.

3. A nation’s culture resides in the hearts and in the soul of its people.

#4 The Power Of Non-violence, Matchless Bravery

4. A small body of determined spirits fired by an unquenchable faith in their mission can alter the course of history.

#5 The Way to God: Selected Writings from Mahatma Gandhi

#6 Mahatma Gandhi may have used the expression, but no conclusive evidence for this has yet been discovered

6. An eye for an eye only ends up making the whole world blind.

7. Seven social sins: politics without principles, wealth without work, pleasure without conscience, knowledge without character, commerce without morality, science without humanity, and worship without sacrifice.

8. You must not lose faith in humanity. Humanity is like an ocean; if a few drops of the ocean are dirty, the ocean does not become dirty.

#9 The Wit and Wisdom of Gandhi, Edited by Homer A. Jack

9. It is no easy thing to walk on the sharp sword-edge of ahimsa in this world which is full of himsa. Wealth does not help; anger is the enemy of ahimsa; and pride is a monster that swallows it up. (Page 100)

10. A good person will resist an evil system with his whole soul. Disobedience of the laws of an evil state is therefore a duty.

12. Each one has to find his peace from within. And peace to be real must be unaffected by outside circumstances.

13. Gentleness, self-sacrifice and generosity are the exclusive possession of no one race or religion.

14. Power is of two kinds. One is obtained by the fear of punishment and the other by acts of love. Power based on love is a thousand times more effective and permanent then the one derived from fear of punishment.

15. The moment there is suspicion about a person’s motives, everything he does becomes tainted.

#16 Quoted in Gandhi’s Passion: The Life and Legacy of Mahatma Gandhi, Stanley A. Wolpert

16. I claim to be a simple individual liable to err like any other fellow mortal. I own, however, that I have humility enough in me to confess my errors and to retrace my steps.

#17 My Mission, No Gandhian Sect

17. I have nothing new to teach the world. Truth and Non-violence are as old as the hills. All I have done is to try experiments in both on as vast a scale as I could do.

#18 Lessons in Non-violent Civil Disobedience: From the life of M. K. Gandhi and his Legacy, Arun J. Mehta

18. I look only to the good qualities of men. Not being faultless myself, I won’t presume to probe into the faults of others.

19. I object to violence because, when it appears to do good, the good is only temporary; the evil it does is permanent.

20. If we are to reach real peace in this world and if we are to carry on a real war against war, we shall have to begin with children; and if they will grow up in their natural innocence, we won’t have to struggle, we won’t have to pass fruitless idle resolutions. But we shall go from love to love and peace to peace, until at last all the corners of the world are covered with that peace and love for which, consciously or unconsciously, the whole world is hungering.

#21 All Men are Brothers: Autobiographical Reflections

21. It has always been a mystery to me how men can feel themselves honoured by the humiliation of their fellow beings.

22. It is easy enough to be friendly to one’s friends. But to befriend the one who regards himself as your enemy is the quintessence of true religion. The other is mere business.

#23 Quoted in “Gandhian Views on Health“

23. It is health that is real wealth and not pieces of gold and silver.

24. It is unwise to be too sure of one’s own wisdom. It is healthy to be reminded that the strongest might weaken and the wisest might err.

25. Non-violence is not a garment to be put on and off at will. Its seat is in the heart, and it must be an inseparable part of our very being.

26. Freedom is never dear at any price. It is the breath of life. What would a man not pay for living?

27. I came to the conclusion long ago … that all religions were true and also that all had some error in them, and whilst I hold by my own, I should hold others as dear as Hinduism. So we can only pray, if we are Hindus, not that a Christian should become a Hindu … But our innermost prayer should be a Hindu should be a better Hindu, a Muslim a better Muslim, a Christian a better Christian.

28. The weak can never forgive. Forgiveness is the attribute of the strong.

29. There is a higher court than courts of justice and that is the court of conscience. It supersedes all other courts. 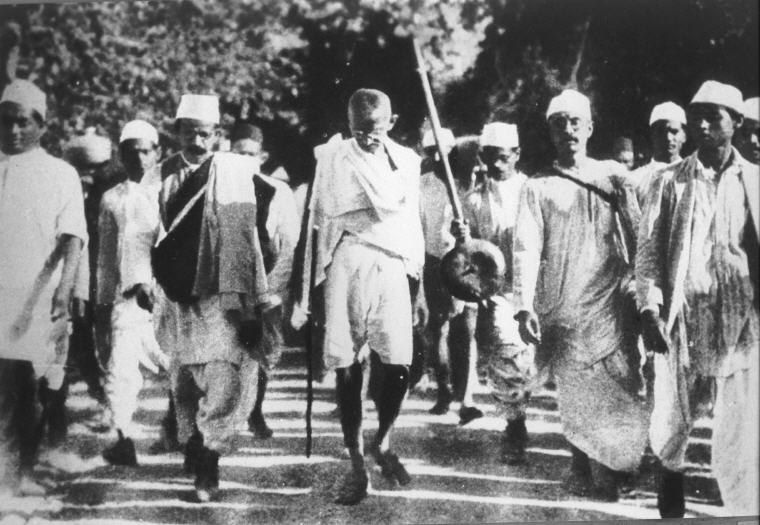 #33 All Life Is One, Mercy Killing

33. To my mind the life of a lamb is no less precious than that of a human being. I should be unwilling to take the life of a lamb for the sake of the human body. I hold that the more helpless a creature, the more entitled it is to protection by man from the cruelty of man.

34. Truth alone will endure, all the rest will be swept away before the tide of time.

35. For me the different religions are beautiful flowers from the same garden, or they are branches of the same majestic tree. Therefore they are equally true, though being received and interpreted through human instruments equally imperfect.

36. The best way to find yourself is to lose yourself in the service of others. (Attributed to Gandhi in Stone, The Full Spectrum Synthesis Bible. However, very similar quotes are found in the nineteenth century)

37. In reality there are as many religions as there are individuals.

38. Victory attained by violence is tantamount to a defeat, for it is momentary.

39. In matters of conscience, the law of majority has no place.

1. Anger and intolerance are the enemies of correct understanding.

2. An ounce of practice is worth more than tons of preaching.

3. Happiness is when what you think, what you say, and what you do are in harmony.

4. The simplest acts of kindness are by far more powerful than a thousand heads bowing in prayer.

5. I will not let anyone walk through my mind with their dirty feet.

6. Nobody can hurt me without my permission.

7. Let the first act of every morning be to make the following resolve for the day:

8. You can chain me, you can torture me, you can even destroy this body, but you will never imprison my mind.

9. The future depends on what we do in the present.

10. A coward is incapable of exhibiting love; it is the prerogative of the brave.

12. When I despair, I remember that all through history the way of truth and love has always won. There have been tyrants and murderers and for a time they seem invincible, but in the end, they always fall — think of it, always.
_____________________

3. The greatness of a nation and its moral progress can be judged by the way its animals are treated.