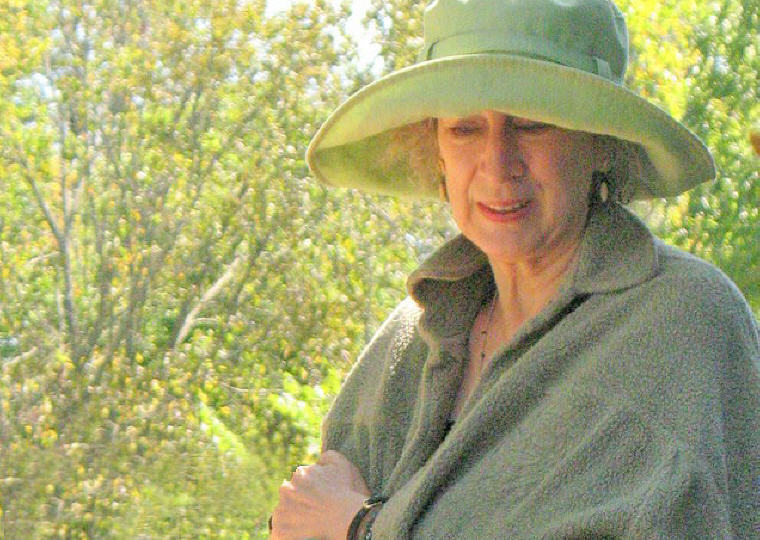 1. The Eskimos had fifty-two names for snow because it was important to them, there ought to be as many for love.

#2 Poem: Variation on the Word Sleep

3. A divorce is like an amputation; you survive, but there’s less of you.

4. Love blurs your vision; but after it recedes, you can see more clearly than ever. It’s like the tide going out, revealing whatever’s been thrown away and sunk: broken bottles, old gloves, rusting pop cans, nibbled fishbodies, bones. This is the kind of thing you see if you sit in the darkness with open eyes, not knowing the future.

5. The desire to be loved is the last illusion:
Give it up and you will be free.

6. Love is giving, marriage is buying and selling. You can’t put love into a contract.

7. Having experienced both, I am not sure which is worse: intense feeling, or the absence of it. [S]

Excerpt from Wikipedia: Margaret Eleanor Atwood (born November 18, 1939) is a Canadian author, poet, critic, essayist, feminist and social campaigner. She is among the most-honoured authors of fiction in recent history; she is a winner of the Arthur C. Clarke Award and Prince of Asturias award for Literature, has been shortlisted for the Booker Prize five times, winning once, and has been a finalist for the Governor General’s Award seven times, winning twice.

While she may be best known for her work as a novelist, she is also an award winning poet, having published 15 books of poetry to date. Many of her poems have been inspired by myths, and fairy tales, which were an interest of hers from an early age. Atwood has also published short stories in Tamarack Review, Alphabet, Harper’s, CBC Anthology, Ms., Saturday Night, Playboy, and many other magazines. 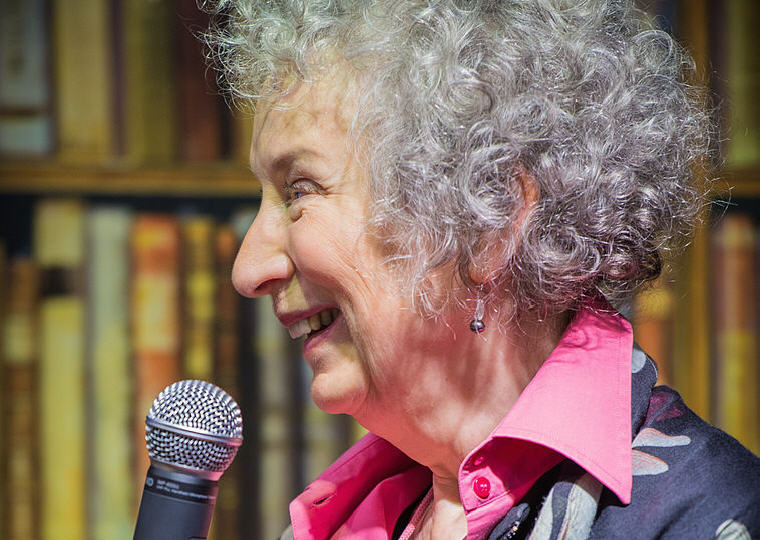 1. The best way of keeping a secret is to pretend there isn’t one.

3. Touch comes before sight, before speech. It is the first language and the last, and it always tells the truth.

4. Ignoring isn’t the same as ignorance, you have to work at it.

5. Sanity is a valuable possession; I hoard it the way people once hoarded money. I save it, so I will have enough, when the time comes.

6. You can’t help what you feel…but you can help how you behave.

7. I think calling it climate change is rather limiting. I would rather call it the everything change because when people think climate change, they think maybe it’s going to rain more or something like that. It’s much more extensive a change than that because when you change patterns of where it rains and how much and where it doesn’t rain, you’re also affecting just about everything.

8. If I really need to know something, I will ask an expert in the field.

9. We do not know how we’d behave. But a lot of people facing fascism didn’t become fascists. I don’t happen to believe that we are all monsters.

10. The fabric of democracy is always fragile everywhere because it depends on the will of citizens to protect it, and when they become scared, when it becomes dangerous for them to defend it, it can go very quickly.

11. I am certain that a Sewing Machine would relieve as much human suffering as a hundred Lunatic Asylums, and possibly a good deal more.

12. War is what happens when language fails.

13. it’s a feature of our age that if you write a work of fiction, everyone assumes that the people and events in it are disguised biography — but if you write your biography, it’s equally assumed you’re lying your head off.

14. I no longer feel I’ll be dead by thirty; now it’s sixty. I suppose these deadlines we set for ourselves are really a way of saying we appreciate time, and want to use all of it. I’m still writing, I’m still writing poetry, I still can’t explain why, and I’m still running out of time.

15. My own theory is that poetry is composed with the melancholy side of the brain, and that if you do nothing but, you may find yourself going slowly down a long dark tunnel with no exit. I have avoided this by being ambidextrous: I write novels too. But when I find myself writing poetry again, it always has the surprise of that first unexpected and anonymous gift.

17. You can’t really do this thing of, ‘Oh, your pain isn’t important because my pain is bigger.’ That doesn’t translate. Everybody is in their own situation and they’re feeling what they feel.

18. All these things set a standard of behavior that you don’t necessarily wish to live up to. If you’re put on a pedestal you’re supposed to behave like a pedestal type of person. Pedestals actually have a limited circumference. Not much room to move around.

19. After everything that’s happened, how can the world still be so beautiful? Because it is.

20. Water does not resist. Water flows. When you plunge your hand into it, all you feel is a caress. Water is not a solid wall, it will not stop you. But water always goes where it wants to go, and nothing in the end can stand against it. Water is patient. Dripping water wears away a stone. Remember that, my child. Remember you are half water. If you can’t go through an obstacle, go around it. Water does.

21. If I waited for perfection I would never write a word.

22. You may not be able to alter reality, but you can alter your attitude towards it, and this, paradoxically, alters reality.

Try it and see.

23. Nature is no longer what surrounds us, we surround it, and the switch has not been for the better. On the other hand, unlike the ancient Egyptians, we as a civilization know what mistakes we are making and we also have the technology to stop making them; all that is lacking is the will.

#24 Interview Margaret Atwood: ‘I have a big following among the biogeeks. “Finally! Someone understands us!”‘ with Emma Brockes, 2013 [S]

24. Sooner or later, I hate to break it to you, you’re gonna die, so how do you fill in the space between here and there? It’s yours. Seize your space.

#25 How I Write: Margaret Atwood

25. Never map it out. Just get into it. Jump in, like going swimming.

26. All bread must be broken
so it can be shared. Together
we eat this earth.

27. Because I am a mother, I am capable of being shocked as I never was when I was not one.

28. Time is not a line but a dimension, like the dimensions of space.

29. An eye for an eye leads only to more blindness.

1. I hope that people will finally come to realize that there is only one ‘race’—the human race—and that we are all members of it.

2. You can’t keep a cool head when you’re drowning in love. You just trash around a lot and scream, and wear yourself out.