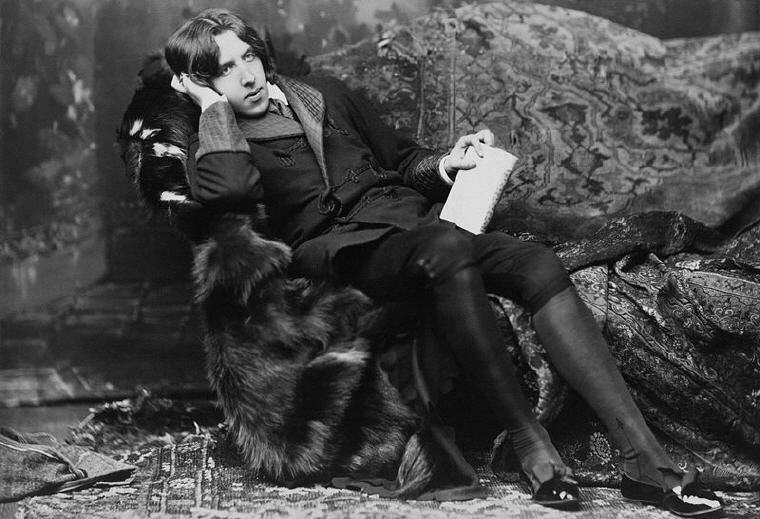 #1 The Picture of Dorian Gray

1. Those who are faithful know only the trivial side of love: it is the faithless who know love’s tragedies.

#3 The Plays of Oscar Wilde

3. Music makes one feel so romantic – at least it always gets on one’s nerves.

4. Life is one fool thing after another whereas love is two fool things after each other.

#5 Phrases and Philosophies for the Use of the Young, December 1894

5. To love oneself is the beginning of a life-long romance.

6. Keep love in your heart. A life without it is like a sunless garden when the flowers are dead. The consciousness of loving and being loved brings warmth and richness to life that nothing else can bring.

7. Men always want to be a woman’s first love. That is their clumsy vanity … women have a more subtle instinct about things. What we like is to be a man’s last romance.

8. Children begin by loving their parents. After a time they judge them. Rarely if ever do they forgive them. (Mrs. Arbuthnot, Act IV)

#9 The Sphinx Without a Secret

9. … women are meant to be loved, not to be understood.

10. My life—my whole life. Take it, and do with it what you will….I love you—love you as I have never loved any living thing. From the moment I met you I loved you, loved you blindly, adoringly, madly! You did not know it then—you know it now!

11. For one moment our lives met – our souls touched.

12. There’s nothing in the world like the devotion of a married woman. It’s a thing no married man knows anything about.

13. I lost one illusion last night. I thought I had no heart. I find I have, and a heart doesn’t suit me…

14. Surely Love is a wonderful thing. It is more precious than emeralds, and dearer than fine opals. Pearls and pomegranates cannot buy it, nor is it set forth in the marketplace. It may not be purchased of the merchants, nor can it be weighed out in the balance for gold.

15. When you really want love you will find it waiting for you.

#16 The Importance of Being Earnest

#17 The Nightingale and the Rose, The happy prince and other tales [S]

Except from Wikipedia: Oscar Fingal O’Flahertie Wills Wilde (16 October 1854 – 30 November 1900) was an Irish playwright, poet and author of numerous short stories and one novel. Known for his biting wit, he became one of the most successful playwrights of the late Victorian era in London, and one of the greatest celebrities of his day. Several of his plays continue to be widely performed, especially The Importance of Being Earnest. 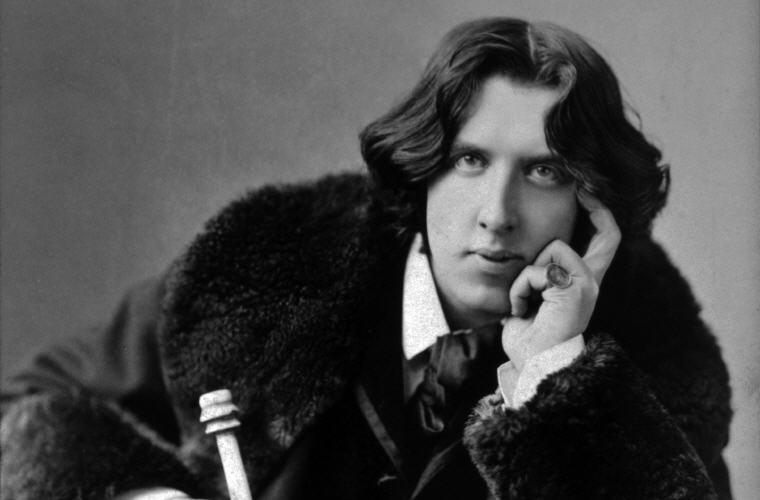 1. We are all in the gutter, but some of us are looking at the stars. (Lord Darlington, Act III)

2. A man who knows the price of everything and the value of nothing. (Lord Darlington, Act III, answering the question, what is a cynic?)

4. To live is the rarest thing in the world. Most people exist, that is all.

#5 The Importance of Being Earnest, 1895 (Download free eBook to read)

5. All women become like their mothers. That is their tragedy. No man does. That’s his. (Algernon, Act I)

6. Man is least himself when he talks in his own person. Give him a mask, and he will tell you the truth.

7. Yes: I am a dreamer. For a dreamer is one who can only find his way by moonlight, and his punishment is that he sees the dawn before the rest of the world.

8. Anybody can make history. Only a great man can write it.

9. If one cannot enjoy reading a book over and over again, there is no use in reading it at all.

#10 Quoted in Dean Nelson, 1 September 2009, God Hides in Plain Sight: How to See the Sacred in a Chaotic World

10. The nicest feeling in the world is to do a good deed anonymously-and have somebody find out.

11. Live! Live the wonderful life that is in you! Let nothing be lost upon you. Be always searching for new sensations. Be afraid of nothing. (Chapter 2)

15. It is only shallow people who require years to get rid of an emotion. A man who is master of himself can end a sorrow as easily as he can invent a pleasure. I don’t want to be at the mercy of my emotions. I want to use them, to enjoy them, and to dominate them. (Chapter 9)

16. There is a luxury in self-reproach. When we blame ourselves we feel that no one else has a right to blame us. (Chapter 8)

17. The aim of life is self-development. To realize one’s nature perfectly—that’s what each of us is here for. People are afraid of themselves, nowadays. They have forgotten the highest of all duties, the duty that one owes to oneself. (Chapter 2)

19. Sometimes the poor are praised for being thrifty. But to recommend thrift to the poor is both grotesque and insulting. It is like advising a man who is starving to eat less.

22. The things people say of a man do not alter a man. He is what he is. Public opinion is of no value whatsoever.

24. The only thing that one really knows about human nature is that it changes. Change is the one quality we can predicate of it. The systems that fail are those that rely on the permanency of human nature, and not on its growth and development.

25. I have the simplest tastes. I am always satisfied with the best.

26. Death must be so beautiful. To lie in the soft brown earth, with the grasses waving above one’s head, and listen to silence. To have no yesterday, and no tomorrow. To forget time, to forgive life, to be at peace.

#27 Conversation with André Gide in Algiers, quoted in letter by Gide to his mother, 30 January 1895

27. I put all my genius into my life; I put only my talent into my works.

28. People who count their chickens before they are hatched act very wisely because chickens run about so absurdly that it’s impossible to count them accurately.

#29 Said about Absinthe. Quoted in “Letters to the Sphinx from Oscar Wilde: With Reminiscences of the Author”, Ada Leverson

30. I cannot understand your nature. If my nature had been made to suit your comprehension rather than my own requirements, I am afraid I would have made a very poor figure in the world.

31. Education is an admirable thing. But it is well to remember from time to time that nothing that is worth knowing can be taught.

#33 Phrases and Philosophies for the Use of the Young, December 1894, See full list

33. Pleasure is the only thing one should live for. Nothing ages like happiness.

#36 The Picture of Dorian Gray

36. When we are happy we are always good, but when we are good we are not always happy.

37. It is absurd to divide people into good and bad. People are either charming or tedious.

38. …as long as I am free from all resentment, hardness and scorn, I would be able to face the life with much more calm and confidence than I would were my body in purple and fine linen, and the soul within me sick with hate.

39. There is much more before me. I have hills far steeper to climb, valleys much darker to pass through. And I have to get it all out of myself. Neither religion, morality, nor reason can help me at all.

#40 The Picture of Dorian Gray

40. …you will always be fond of me. I represent to you all the sins you have never had the courage to commit.

42. Behind every exquisite thing that existed, there was something tragic.

1. If you want to tell people the truth, make them laugh, otherwise they’ll kill you.

2. Always forgive your enemies; nothing annoys them so much.

3. I see when men love women. They give them but a little of their lives. But women when they love give everything.