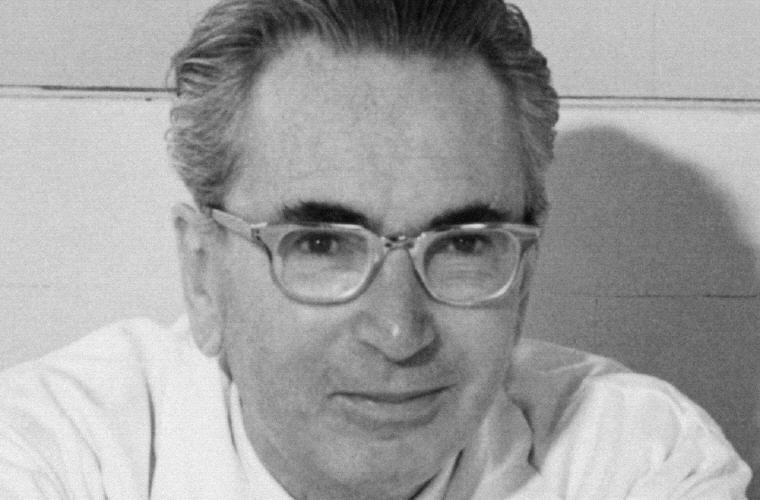 1. A thought transfixed me: for the first time in my life I saw the truth as it is set into song by so many poets, proclaimed as the final wisdom by so many thinkers. The truth — that love is the ultimate and the highest goal to which man can aspire. Then I grasped the meaning of the greatest secret that human poetry and human thought and belief have to impart: The salvation of man is through love and in love.

2. Love is the only way to grasp another human being in the innermost core of his personality. No one can become fully aware of the very essence of another human being unless he loves him. By his love he is enabled to see the essential traits and features in the beloved person; and even more, he sees that which is potential in him, which is not yet actualized but yet ought to be actualized. Furthermore, by his love, the loving person enables the beloved person to actualize these potentialities. By making him aware of what he can be and of what he should become, he makes these potentialities come true.

3. Love goes very far beyond the physical person of the beloved. It finds its deepest meaning in its spiritual being, his inner self. Whether or not he is actually present, whether or not he is still alive at all, ceases somehow to be of importance.

4. I understood how a man who has nothing left in this world still may know bliss, be it only for a brief moment, in the contemplation of his beloved.

5. … a life of short duration … could be so rich in joy and love that it could contain more meaning than a life lasting eighty years.

1. What man actually needs is not a tensionless state but rather the striving and struggling for some goal.

3. There is nothing in the world, I venture to say, that would so effectively help one to survive even the worst conditions, as the knowledge that there is a meaning in one’s life.

4. Ever more people today have the means to live, but no meaning to live for.

5. Everyone has his own specific vocation or mission in life to carry out a concrete assignment which demands fulfillment. Therein he cannot be replaced, nor can his life be repeated. Thus, everyone’s task is as unique as his specific opportunity to implement it.

#7 The Unheard Cry for Meaning: Psychotherapy and Humanism

7. For what then counts and matters is to bear witness to the uniquely human potential at its best, which is to transform a tragedy into a personal triumph, to turn one’s predicament into a human achievement.

8. Live as if you were living for the second time and had acted as wrongly the first time as you are about to act now.

9. We who lived in concentration camps can remember the men who walked through the huts comforting others, giving away their last piece of bread. They may have been few in number, but they offer sufficient proof that everything can be taken from a man but one thing: the last of the human freedoms – to choose one’s attitude in any given set of circumstances, to choose one’s own way.

10. Ultimately, man should not ask what the meaning of his life is, but rather must recognize that it is he who is asked. In a word, each man is questioned by life; and he can only answer to life by answering for his own life; to life he can only respond by being responsible.

11. When we are no longer able to change a situation–just think of an incurable disease such as inoperable cancer–we are challenged to change ourselves.

12. If there is a meaning in life at all, then there must be a meaning in suffering. Suffering is an ineradicable part of life, even as fate and death.

13. Don’t aim at success – the more you aim at it and make it a target, the more you are going to miss it. For success, like happiness cannot be pursued; it must ensue, and it only does so as the unintended side-effect of one’s dedication to a cause greater than oneself or as the by-product of one’s surrender to a person other than oneself. Happiness must happen, and the same holds for success: you have to let it happen by not caring about it. I want you to listen to what your conscience commands you to do and go on to carry it out to the best of your knowledge. Then you will live to see that in the long run – in the long run, I say! – success will follow you precisely because you had forgotten to think of it.

14. It is true, Logotherapy, deals with the Logos; it deals with Meaning. Specifically I see Logotherapy in helping others to see meaning in life. But we cannot “give” meaning to the life of others. And if this is true of meaning per se, how much does it hold for Ultimate Meaning?

15. But there was no need to be ashamed of tears, for tears bore witness that a man had the greatest of courage, the courage to suffer.

16. In some way, suffering ceases to be suffering at the moment it finds a meaning, such as the meaning of a sacrifice.

17. I do not forget any good deed done to me, and I do not carry a grudge for a bad one.

18. No man should judge unless he asks himself in absolute honesty whether in a similar situation he might not have done the same.

19. From all this we may learn that there are two races of men in this world, but only these two — the “race” of the decent man and the “race” of the indecent man. Both are found everywhere; they penetrate into all groups of society. No group consists entirely of decent or indecent people. In this sense, no group is of “pure race” — and therefore one occasionally found a decent fellow among the camp guards.

#20 Yes To Life In Spite of Everything

20. Happiness should not, must not, and can never be a goal, but only an outcome…

1. Between stimulus and response there is a space. In that space is our power to choose our response. In our response lies our growth and our freedom.

2. What is to give light must endure burning.

3. The one thing you can’t take away from me is the way I choose to respond to what you do to me. The last of one’s freedoms is to choose one’s attitude in any given circumstance.

4. Life is never made unbearable by circumstances, but only by lack of meaning and purpose.

The Meaning of Life
Everything Happened for a Reason