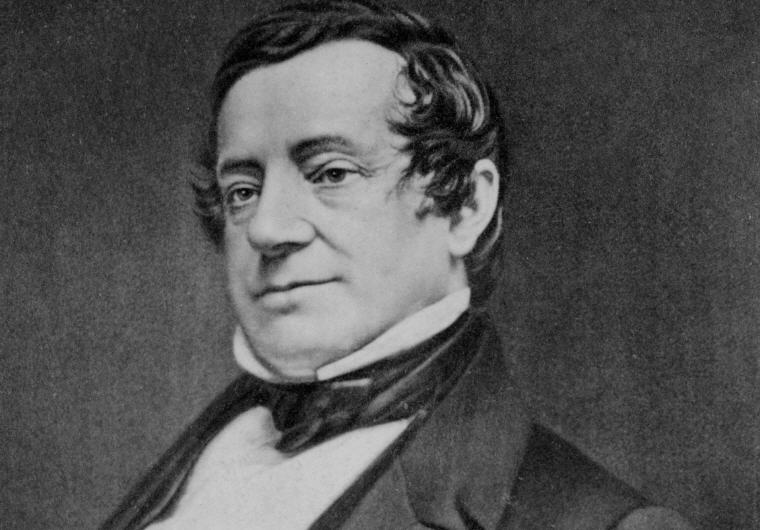 #1 The Legend of Sleepy Hollow

1. I profess not to know how women’s hearts are wooed and won. To me they have always been matters of riddle and admiration.

#2 A Mother’s Love, Homely Readings on homely subjects, with poetry, maxims, anecdotes, and …

2. The love of a mother is never exhausted; it never changes; it never tires. A father may turn his back on his child; brothers and sisters may become inveterate enemies; husbands may desert their wives, wives their husbands; but a mother’s love endures through all,—in good repute, in bad repute, in the face of the world’s condemnation, a mother still loves on, and still hopes that her child may turn from his evil ways and repent; still she remembers the infant smiles that once filled her bosom with rapture,—the opening promise of his youth; and she can never be brought to think him unworthy.

Excerpt from Wikipedia: Washington Irving (April 3, 1783 – November 28, 1859) was an American author, essayist, biographer and historian of the early 19th century. He was best known for his short stories “Legend Of Sleepy Hollow” and “Rip Van Winkle“, both of which appear in his book The Sketch Book of Geoffrey Crayon, Gent. His historical works include biographies of George Washington, Oliver Goldsmith and Muhammad, and several histories of 15th-century Spain dealing with subjects such as Christopher Columbus, the Moors, and the Alhambra. Irving also served as the U.S. minister to Spain from 1842 to 1846.
_____________________

1. How easy it is for one benevolent being to diffuse pleasure around him; and how truly is a kind heart a fountain of gladness, making everything in its vicinity to freshen into smiles!

2. Wit, after all, is a mighty tart, pungent ingredient, and much too acid for some stomachs; but honest good-humor is the oil and wine of a merry meeting, and there is no jovial companionship equal to that where the jokes are rather small and the laughter abundant.

3. It is, indeed, the season of regenerated feeling—the season for kindling, not merely the fire of hospitality in the hall, but the genial flame of charity in the heart.

#4 The Angler, The Sktech Book

4. His happiness, however, sprung from within himself, and was independent of external circumstances; for he had that inexhaustible good-nature, which is the most precious gift of Heaven, spreading itself like oil over the troubled sea of thought, and keeping the mind smooth and equable in the roughest weather.

#5 Philip of Pokanoket : An Indian Memoir

5. Little minds are tamed and subdued by misfortune; but great minds rise above it.

6. It is interesting to notice how some minds seem almost to create themselves, springing up under every disadvantage, and working their solitary but irresistible way through a thousand obstacles.

#8 The Sketch Book of Geoffrey Crayon

8. There is in every true woman’s heart a spark of heavenly fire, which lies dormant in the broad daylight of prosperity; but which kindles up, and beams, and blazes in the dark hour of adversity.

9. Whenever a man’s friends begin to compliment him about looking young, he may be sure that they think he is growing old.

10. There is a certain relief in change, even though it be from bad to worse! As I have often found in travelling in a stagecoach, that it is often a comfort to shift one’s position, and be bruised in a new place.

11. The sorrow for the dead is the only sorrow from which we refuse to be divorced. Every other wound we seek to heal — every other affliction to forget: but this wound we consider it a duty to keep open — this affliction we cherish and brood over in solitude.
_____________________

1. Love is never lost. If not reciprocated, it will flow back and soften and purify the heart.

2. A mother is the truest friend we have, when trials heavy and sudden, fall upon us; when adversity takes the place of prosperity; when friends who rejoice with us in our sunshine desert us; when trouble thickens around us, still will she cling to us, and endeavor by her kind precepts and counsels to dissipate the clouds of darkness, and cause peace to return to our hearts.

3. There is a sacredness in tears. They are not the mark of weakness, but of power. They speak more eloquently than ten thousand tongues. They are the messengers of overwhelming grief, of deep contrition, and of unspeakable love.