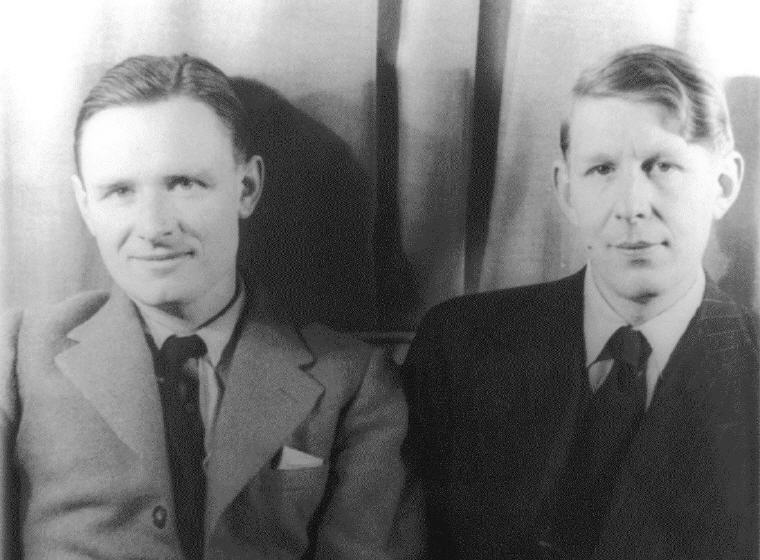 1. There is no such thing as the State and no one exists alone; Hunger allows no choice to the citizen or the police; We must love one another or die.

#4 The More Loving One

Excerpt from Wikipedia: Wystan Hugh Auden (21 February 1907 – 29 September 1973), who published as W. H. Auden, was an Anglo-American poet, born in England, later an American citizen, regarded by many as one of the greatest writers of the 20th century. His work is noted for its stylistic and technical achievements, its engagement with moral and political issues, and its variety of tone, form and content. The central themes of his poetry are love, politics and citizenship, religion and morals, and the relationship between unique human beings and the anonymous, impersonal world of nature.
_____________________

1. A poet is, before anything else, a person who is passionately in love with language.

2. A tremendous number of people in America work very hard at something that bores them. Even a rich man thinks he has to go down to the office everyday. Not because he likes it but because he can’t think of anything else to do.

3. A verbal art like poetry is reflective; it stops to think. Music is immediate, it goes on to become.

4. Choice of attention—to pay attention to this and ignore that—is to the inner life what choice of action is to the outer. In both cases, a man is responsible for his choice and must accept the consequences, whatever they may be.

5. If you take the world of prayer, here we are all equal in the sense that each of us is a unique person, with a unique perspective on the world, a member of a class of one.

6. Geniuses are the luckiest of mortals because what they must do is the same as what they most want to do and, even if their genius is unrecognized in their lifetime, the essential earthly reward is always theirs, the certainty that their work is good and will stand the test of time.

7. Every autobiography is concerned with two characters, a Don Quixote, the Ego, and a Sancho Panza, the Self.

8. Young people, who are still uncertain of their identity, often try on a succession of masks in the hope of finding the one which suits them — the one, in fact, which is not a mask.

2. Whatever you do, good or bad, people will always have something negative to say.