1. Those who cry the loudest are not always the ones who are hurt the most. 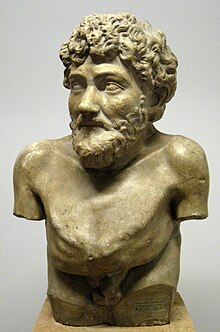 Excerpt from Wikipedia: Aesop (620–564 BC) was a fabulist or story teller credited with a number of fables now collectively known as Aesop’s Fables. Although his existence remains uncertain and (if they ever existed) no writings by him survive, numerous tales credited to him were gathered across the centuries and in many languages in a storytelling tradition that continues to this day. Many of the tales are characterized by animals and inanimate objects that speak, solve problems, and generally have human characteristics.
____________________________________

1. The injuries we do and those we suffer are seldom weighed in the same scales.

2. He that always gives way to others will end in having no principles of his own.

3. No act of kindness, no matter how small, is ever wasted.

4. The level of our success is limited only by our imagination and no act of kindness, however small, is ever wasted.

5. After all is said and done, more is said than done.

6. The little reed, bending to the force of the wind, soon stood upright again when the storm had passed over.

7. Be content with your lot; one cannot be first in everything.

8. Every truth has two sides; it is as well to look at both, before we commit ourselves to either.

9. Slow but steady wins the race.

11. Nobody believes a liar … even when he is telling the truth!

12. A doubtful friend is worse than a certain enemy. Let a man be one thing or the other, and we then know how to meet him.

13. The gods help them that help themselves.

14. United we stand; divided we fall.

15. A crust eaten in peace is better than a banquet partaken in anxiety.

17. Every man carries two bags about him, one in front and one behind, and both are full of faults. The bag in front contains his neighbors’ faults, the one behind his own. Hence it is that men do not see their own faults, but never fail to see those of others.

18. Adversity tests the sincerity of friends.

19. It is one thing to conceive a good plan, and another to execute it.

20. Do not count your chickens before they are hatched.