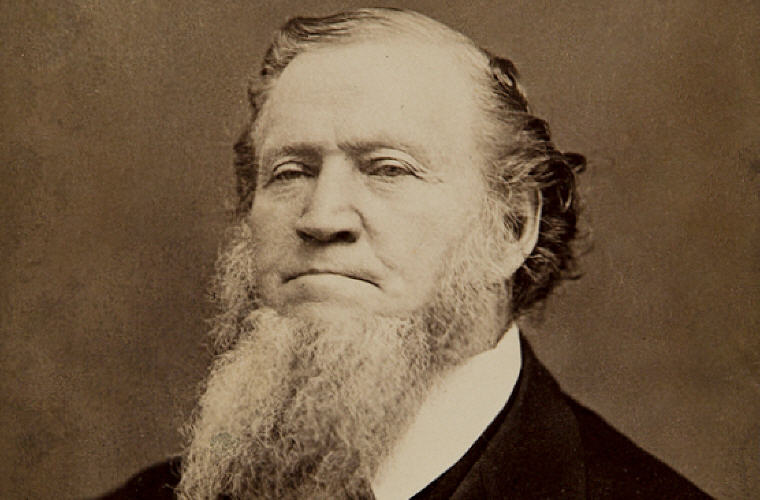 Excerpt from Wikipedia: Brigham Young (June 1, 1801 – August 29, 1877) was an American leader in the Latter Day Saint movement and a settler of the Western United States. He was the President of The Church of Jesus Christ of Latter-day Saints (LDS Church) from 1847 until his death in 1877, he founded Salt Lake City, and he served as the first governor of the Utah Territory, United States. Young also led the foundings of the precursors to the University of Utah and Brigham Young University.
_____________________

1. The closer people apply their minds to any correct purpose the faster they can grow and increase in the knowledge of the truth. When they learn to master their feelings, they can soon learn to master their reflections and thoughts in the degree requisite for attaining the objects they are seeking. But while they yield to a feeling or spirit that distracts their minds from a subject they wish to study and learn, so long they will never gain the mastery of their minds.

3. The Americans, as a nation, are killing themselves with their vices and high living. As much as a man ought to eat in half an hour they swallow in three minutes, gulping down their food like the [dog] under the table, which, when a chunk of meat is thrown down to it, swallows it before you can say “twice.” If you want a reform, carry out the advice I have just given you. Dispense with your multitudinous dishes, and, depend upon it, you will do much towards preserving your families from sickness, disease and death.

4. It is difficult to find anything more healthy to drink than good cold water, such as flows down to us from springs and snows of our mountains. This is the beverage we should drink. It should be our drink at all times.

1. Silence may be golden, but can you think of a better way to entertain someone than to listen to him?

5. If I had a choice of educating my daughters or my sons because of opportunity constraints, I would choose to educate my daughters.