1. You cannot save people, you can only love them.

2. Someday I’ll be locked up for love insanity. “She loved too much.”

3. Anxiety is love’s greatest killer. It creates the failures. It makes others feel as you might when a drowning man holds on to you. You want to save him, but you know he will strangle you with his panic.

#4 Quoted in The Anaïs Nin Blog

4. Do not seek the because – in love there is no because, no reason, no explanation, no solutions.

5. The truly faithless one is the one who makes love to only a fraction of you. And denies the rest.

6. We don’t have a language for the senses. Feelings are images, sensations are like musical sounds.

7. No one but a woman in love ever sees the maximum of men’s greatness.

8. Love is the axis and breath of my life. The art I produce is a byproduct, an excrescence of love, the song I sing, the joy which must explode, the overabundance — that is all!

9. The enemy of a love is never outside, it’s not a man or woman, it’s what we lack in ourselves.

10. Hugo, my wisest and best, kissed this hand I use in writing, as if I were a princess—his princess.

11. For you and for me, the highest moment, the keenest joy is not when our minds dominate but when we lose our mind—and you and I both lose it in the same way, by love.

12. I want to do things so wild with you that I don’t know how to say them.

13. I felt the tear and the pain, but the warmth melted everything, the warmth of his voice in my ear saying, ‘Do you want me as I want you?’

14. Even when they did not look at each other or speak to each other, he could feel a powerful current between them.

#15-17 Henry and June: from the unexpurgated diary of Anaïs Nin

16. Her beauty drowned me. As I sat in front of her I felt that I would do anything mad for her, anything she asked of me.

17. You carry away with you a reflection of me, a part of me. I dreamed you, I wished for your existence. You will always be part of my life. If I love you, it must be because we have shared at some time the same imaginings, the same madness, the same stage.

18. Don’t wait for it…Create a world, your world. Alone. Stand alone. Create. And then the love will come to you, then it comes to you.

19. He never treated her as a wife. He wooed her over and over again, with presents, flowers, new pleasures.

21. You are that to me, an oasis. You drug me and at the same time you give me strength.

1. And the day came when the risk to remain tight in a bud was more painful than the risk it took to blossom.

2. … dreams are necessary of life; and you know not all our dreams are holy, are they, you had some which were not so holy, our dreams are not holy but that does not hurt or change the fundamental soul …

3. If all of us acted in unison as I act individually there would be no wars and no poverty. I have made myself personally responsible for the fate of every human being who has come my way.

5. People living deeply have no fear of death.

6. I have so strong a sense of creation, of tomorrow, that I cannot get drunk, knowing I will be less alive, less well, less creative the next day.

7. I, with a deeper instinct, choose a man who compels my strength, who makes enormous demands on me, who does not doubt my courage or my toughness, who does not believe me naive or innocent, who has the courage to treat me like a woman.

8. We are beginning to see the influence of dream upon reality and reality upon dream.

9. In the world of the dreamer there was solitude: all the exaltations and joys came in the moment of preparation for living. They took place in solitude.

10. Life is a process of becoming, a combination of states we have to go through. Where people fail is that they wish to elect a state and remain in it. This is a kind of death.

11. To withhold from living is to die … the more you give of yourself to life the more life nourishes you.

12. Life shrinks or expands according to one’s courage.

13. Living never wore one out so much as the effort not to live.

#14-15 The Diary of Anaïs Nin, Volume 5, quoted in Moving to Antarctica: An Anthology of Women’s Writing, 1975, Margaret Kaminski

14. The role of the writer is not to say what we can all say, but what we are unable to say.

15. I would say that compassion for our parents is the true sign of maturity.

16. Each contact with a human being is so rare, so precious, one should preserve it.

17. When we blindly adopt a religion, a political system, a literary dogma, we become automatons. We cease to grow.

20. The poet is one who is able to keep the fresh vision of the child alive.

21. I disregard the proportions, the measures, the tempo of the ordinary world. I refuse to live in the ordinary world as ordinary women. To enter ordinary relationships. I want ecstasy. I am a neurotic — in the sense that I live in my world. I will not adjust myself to the world. I am adjusted to myself.

22. When others asked the truth of me, I was convinced it was not the truth they wanted, but an illusion they could bear to live with.

23. Each friend represents a world in us, a world possibly not born until they arrive, and it is only by this meeting that a new world is born.

24. How wrong it is for woman to expect the man to build the world she wants, rather than set out to create it herself.

25. Experience teaches acceptance of the imperfect as life. 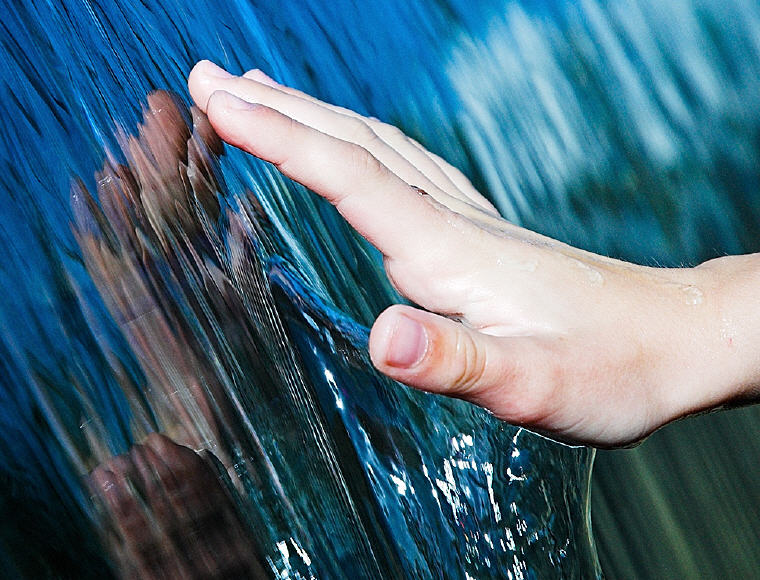 26. Life is so fluid that one can only hope to capture the living moment, to capture it alive and fresh … without destroying that moment.

#27 Fire: From “A Journal of Love” : the Unexpurgated Diary of Anaïs Nin

28. The self is merely the lens through which we see others and the world, and if this lens is not clear of distortions, we cannot perceive others.

29. It is the function of art to renew our perception. What we are familiar with we cease to see. The writer shakes up the familiar scene, and as if by magic, we see a new meaning in it.

#30 The New Woman, In Favor of the Sensitive Man: And Other Essays

30. We do not escape into philosophy, psychology, and art—we go there to restore our shattered selves into whole ones.

31. If I had not created my whole world, I would certainly have died in other people’s.

#32 Henry and June: from the unexpurgated diary of Anaïs Nin

32. She lacks the core of sureness, she craves admiration insatiably. She lives on reflections of herself in others’ eyes. She does not dare to be herself.

33. How can I accept a limited definable self when I feel, in me, all possibilities?

35. The possession of knowledge does not kill the sense of wonder and mystery. There is always more mystery.

36. When you trust, you are tender and delicate, but when you doubt, you are dangerous and destructive

37. The sadness was that the aging of woman is like crushed satin, wilted flowers, while that of man is more like that of architecture, as if the old belief that we love men for their character and women for the dewy, ephemeral quality we call beauty were still enforced.

38. We travel, some of us forever, to seek other states, other lives, other souls.

39. I don’t really want to become normal, average, standard. I want merely to gain in strength, in the courage to live out my life more fully, enjoy more, experience more. I want to develop even more original and more unconventional traits.

1. Dreams pass into the reality of action. From the actions stems the dream again; and this interdependence produces the highest form of living.

2. Life is truly known only to those who suffer, lose, endure adversity and stumble from defeat to defeat.

5. Love never dies a natural death. It dies because we don’t know how to replenish its source. It dies of blindness and errors and betrayals. It dies of illness and wounds; it dies of weariness, of withering, of tarnishing.

6. Age does not protect you from love. But love, to some extent, protects you from age.

7. My mission, should I choose to accept it, is to find peace with exactly who and what I am. To take pride in my thoughts, my appearance, my talents, my flaws and to stop this incessant worrying that I can’t be loved as I am.