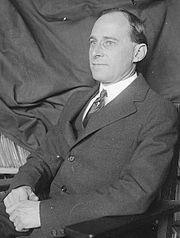 An example of his humor is a poem that talks about modern progress, with rhyming couplets such as “First dentistry was painless;/Then bicycles were chainless”. It ends on a more telling note:

“Now motor roads are dustless,
The latest steel is rustless,
Our tennis courts are sodless,
Our new religions, godless.”

Another Guiterman poem, “On the Vanity of Earthly Greatness“, illustrates the philosophy also incorporated into his humorous rhymes:

“The tusks which clashed in mighty brawls
Of mastodons, are billiard balls.
The sword of Charlemagne the Just
Is Ferric Oxide, known as rust.
The grizzly bear, whose potent hug,
Was feared by all, is now a rug.
Great Caesar’s bust is on the shelf,
And I don’t feel so well myself.”

Don’t tell your friends about your indigestion. “How are you” is a greeting, not a question.