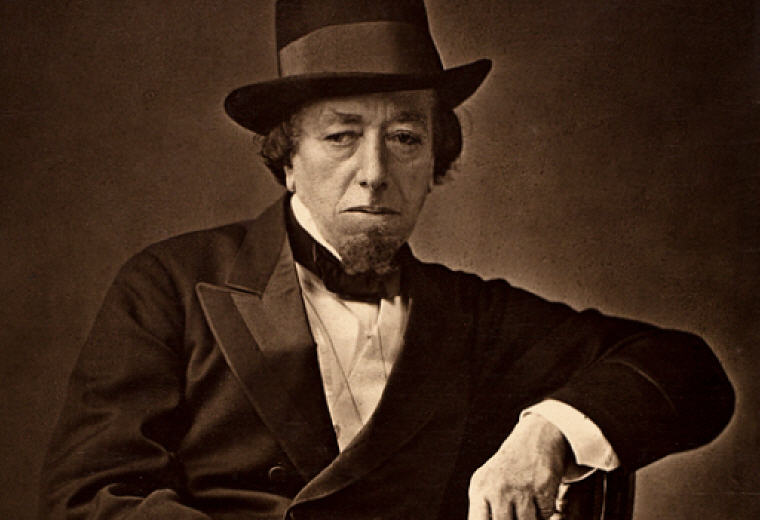 1. The magic of first love is our ignorance that it can ever end.

Excerpt from Wikipedia: Benjamin Disraeli, 1st Earl of Beaconsfield, KG, PC, FRS, (21 December 1804 – 19 April 1881) was a British Prime Minister, parliamentarian, Conservative statesman and literary figure. He served in government for three decades, twice as Prime Minister. A teenage convert to Anglicanism, he was nonetheless the country’s first and thus far only Prime Minister of Jewish heritage. He played an instrumental role in the creation of the modern Conservative Party after the Corn Laws schism of 1846.
_____________________

1. Action may not always bring happiness but there is no happiness without action.

3. Perseverance and tact are the two qualities most valuable for all men who would mount, but especially for those who have to step out of the crowd.

#4 The Wondrous Tale of Alroy

4. I am prepared for the worst, but hope for the best.

6. I will sit down now, but the time will come when you will hear me.

#7 The Value of Literature to Men of Business, speech at the Manchester Athenaeum, 23 October 1844

7. It is knowledge that influences and equalises the social condition of man; that gives to all, however different their political position, passions which are in common, and enjoyments which are universal.

8. Time is precious, but truth is more precious than time.

11. All is mystery; but he is a slave who will not struggle to penetrate the dark veil.

12. To be conscious that you are ignorant of the facts is a great step to knowledge.

#13 Speech at banquet of the National Union of Conservative and Constitutional Associations, Crystal Palace, London, 24 June 1872

13. The secret of success is constancy to purpose.

14. The press is not only free, it is powerful. That power is ours. It is the proudest that man can enjoy. It was not granted by monarchs, it was not gained for us by aristocracies ; but it sprang from the people, and, with an immortal instinct, it has always worked for the people.

15. You will find as you grow older that courage is the rarest of all qualities to be found in public men.

16. One event makes another: what we anticipate seldom occurs; what we least expect generally happens; and time can only prove which is most for our advantage.

18. Be amusing: never tell unkind stories; above all, never tell long ones.

19. Man is only truly great when he acts from the passions; never irresistible but when he appeals to the imagination.

20. Life is too short to be little. Man is never so manly as when he feels deeply, acts boldly, and expresses himself with frankness and with fervour.

21. Nurture your mind with great thoughts. To believe in the heroic makes heroes.

22. All of us encounter, at least once in our life, some individual who utters words that make us think forever. There are men whose phrases are oracles; who condense in a sentence the secrets of life; who blurt out an aphorism that forms a character or illustrates an existence. A great thing is a great book; but greater than all is the talk of a great man.

23. Talk to a man about himself, and he is generally captivated.

24. How very seldom do you encounter in the world a man of great abilities, acquirements, experience, who will unmask his mind, unbutton his brains, and pour forth in careless and picturesque phrase all the results of his studies and observation; his knowledge of men, books, and nature. On the contrary, if a man has by any chance what he conceives an original idea, he hoards it as if it were old gold; and rather avoids the subject with which he is most conversant, from fear that you may appropriate his best thoughts.

25. Never take anything for granted.

1. One secret of success in life is for a man to be ready for his opportunity when it comes.

2. The greatest good you can do for another is not just to share your riches but to reveal to him his own.

3. Through perseverance many people win success out of what seemed destined to be certain failure.

4. One of the hardest things in this world is to admit you are wrong. And nothing is more helpful in resolving a situation than its frank admission.

1. Romance has been elegantly defined as the offspring of fiction and love.