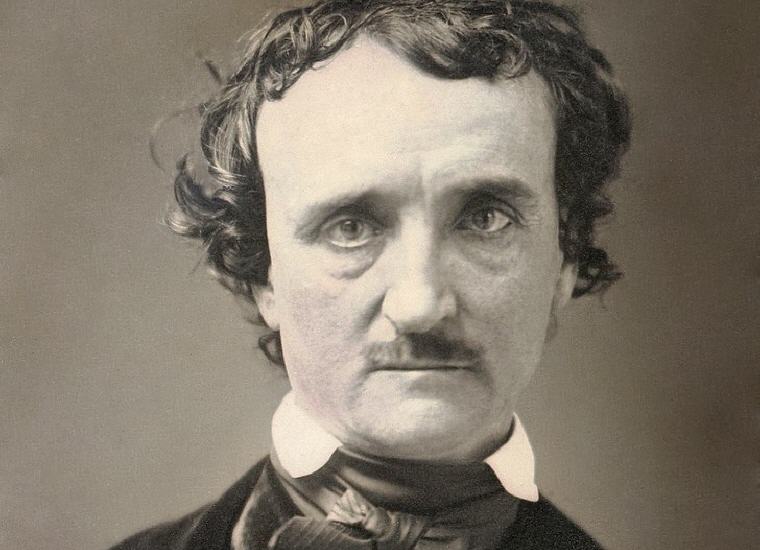 2. I was never really insane, except on occasions when my heart was touched.

4. I heed not that my earthly lot
Hath — little of Earth in it —
That years of love have been forgot
In the hatred of a minute

5. Thy grace, thy more than beauty,
Shall be an endless theme of praise,
And love—a simple duty.

Excerpt from Wikipedia: Edgar Allan Poe (born Edgar Poe; January 19, 1809 – October 7, 1849) was an American author, poet, editor and literary critic, considered part of the American Romantic Movement. Best known for his tales of mystery and the macabre, Poe was one of the earliest American practitioners of the short story and is sometimes considered the inventor of the detective fiction genre. He is further credited with contributing to the emerging genre of science fiction. He was the first well-known American writer to try to earn a living through writing alone, resulting in a financially difficult life and career.
________________

1. Deep into that darkness peering, long I stood there, wondering, fearing, doubting, dreaming dreams no mortal ever dared to dream before…

2. All things are either good or bad by comparison. A sufficient analysis will show that pleasure, in all cases, is but the contrast of pain. Positive pleasure is a mere idea. To be happy at any one point we must have suffered at the same. Never to suffer would have been never to have been blessed.

3. With me poetry has not been a purpose, but a passion; and the passion should be held in reverence; they must not-they cannot at will be excited, with an eye to the paltry compensations, or the more paltry commendations, of mankind.

5. The true genius shudders at incompleteness—imperfection—and usually prefers silence to saying the something which is not everything that should be said.

#6 The Masque of the Red Death

6. There are chords in the hearts of the most reckless which cannot be touched without emotion.

7. When, indeed, men speak of Beauty, they mean, precisely, not a quality, as is supposed, but an effect — they refer, in short, just to that intense and pure elevation of soul — not of intellect, or of heart – upon which I have commented, and which I experience in consequence of contemplating the “beautiful.”

8. Beauty of whatever kind, in its supreme development, invariably excites the sensitive soul to tears.

9. They who dream by day are cognizant of many things which escape those who dream only by night. In their grey visions they obtain glimpses of eternity, and thrill, in awaking, to find that they have been upon the verge of the great secret.

10. You are not wrong, who deem
That my days have been a dream;
Yet if hope has flown away
In a night, or in a day,
In a vision, or in none,
Is it therefore the less gone?
All that we see or seem
Is but a dream within a dream.