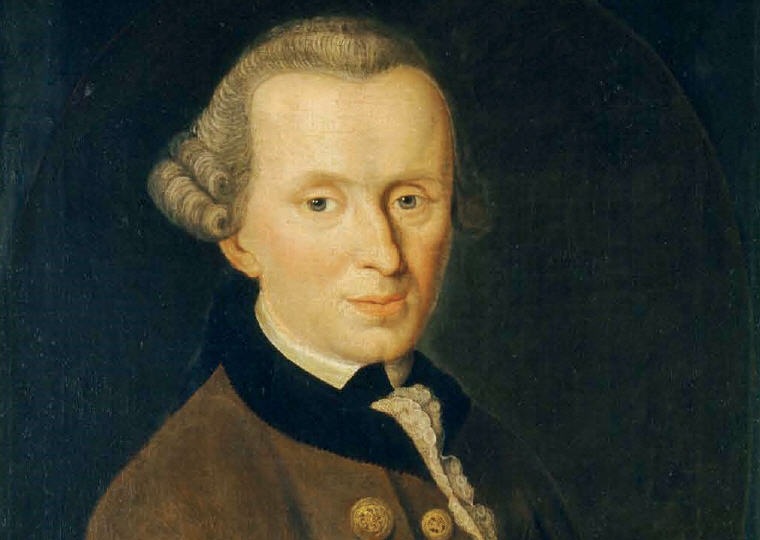 1. Beneficence is a duty. He who often practises this, and sees his beneficent purpose succeed, comes at last really to love him whom he has benefited. When, therefore, it is said: “Thou shalt love thy neighbour as thyself,” this does not mean, “Thou shalt first of all love, and by means of this love (in the next place) do him good”; but: “Do good to thy neighbour, and this beneficence will produce in thee the love of men (as a settled habit of inclination to beneficence).”

2. Love is a matter of feeling, not of will or volition, and I cannot love because I will to do so, still less because I ought (I cannot be necessitated to love); hence there is no such thing as a duty to love.

3. …love is spoken of as being also our duty. But all duty is necessitation or constraint, although it may be self-constraint according to a law. But what is done from constraint is not done from love.

4. It is a duty to do good to other men according to our power, whether we love them or not, and this duty loses nothing of its weight, although we must make the sad remark that our species, alas! is not such as to be found particularly worthy of love when we know it more closely.

5. The more we devote ourselves to observing animals and their behaviour, the more we love them, on seeing how greatly they care for their young; in such a context, we cannot even contemplate cruelty to a wolf.

6. It is a very beautiful thing to do good to men from love to them and from sympathetic good will, or to be just from love of order; but this is not yet the true moral maxim of our conduct which is suitable to our position amongst rational beings as men, when we pretend with fanciful pride to set ourselves above the thought of duty, like volunteers, and, as if we were independent on the command, to want to do of our own good pleasure what we think we need no command to do.

Excerpt from Wikipedia: Immanuel Kant (22 April 1724 – 12 February 1804) was a German philosopher who is widely considered to be a central figure of modern philosophy. He argued that fundamental concepts structure human experience, and that reason is the source of morality. His thought continues to have a major influence in contemporary thought, especially the fields of metaphysics, epistemology, ethics, political philosophy, and aesthetics
________________

1. In fact, when the thinking man has conquered the temptations to vice, and is conscious of having done his (often hard) duty, he finds himself in a state of peace and satisfaction which may well be called happiness, in which virtue is her own reward.

2. Act so that the maxims of thy action might become a universal law.

3. Have patience awhile; slanders are not long-lived. Truth is the child of time; erelong she shall appear to vindicate thee.

4. By a lie a man throws away and, as it were, annihilates his dignity as a man. A man who himself does not believe what he tells another (even a merely ideal Person) has even less worth than if he were a mere thing. For a thing, as something real and given, has the property of being serviceable and another person can make some use of it.

5. …for a person who already displays such cruelty to animals is also no less hardened towards men. We can already know the human heart, even in regard to animals.

6. But then the master is himself an animal, and needs a master. Let him begin it as he will, it is not to be seen how he can procure a magistracy which can maintain public justice and which is itself just, whether it be a single person or a group of several elected persons. For each of them will always abuse his freedom if he has none above him to exercise force in accord with the laws. The highest master should be just in himself, and yet a man. This task is therefore the hardest of all; indeed, its complete solution is impossible, for from such crooked wood as man is made of, nothing perfectly straight can be built.

7. To a high degree we are, through art and science, cultured. We are civilized — perhaps too much for our own good — in all sorts of social grace and decorum. But to consider ourselves as having reached morality — for that, much is lacking.

8. Everything good that is not based on a morally good disposition, however, is nothing but pretense and glittering misery.

9. Hence also morality is not properly the doctrine how we should make ourselves happy, but how we should become worthy of happiness.

10. Two things fill the mind with ever new and increasing admiration and awe, the oftener and the more steadily we reflect on them: the starry heavens above and the moral law within.

11. Through failures one becomes intelligent; but the one who has trained himself in this subject so that he can make others wise through their own failures, has used his intelligence. Ignorance is not stupidity.

13. Too much discipline makes one narrow and kills proficiency. Politeness belongs, not to discipline, but to polish, and thus comes last.

14. There must be a seed of every good thing in the character of men, otherwise no one can bring it out.

15. Character means that the person derives his rules of conduct from himself and from the dignity of humanity. Character is the common ruling principle in man in the use of his talents and attributes. Thus it is the nature of his will, and is good or bad. A man who acts without settled principles, with no uniformity, has no character. A man may have a good heart and yet no character, because he is dependent upon impulses and does not act according to maxims. Firmness and unity of principle are essential to character.

16. Man’s greatest concern is to know how he shall properly fill his place in the universe and correctly understand what he must be in order to be a man.

2. Marriage … is the union of two people of different sexes with a view to the mutual possession of each other’s sexual attributes for the duration of their lives.