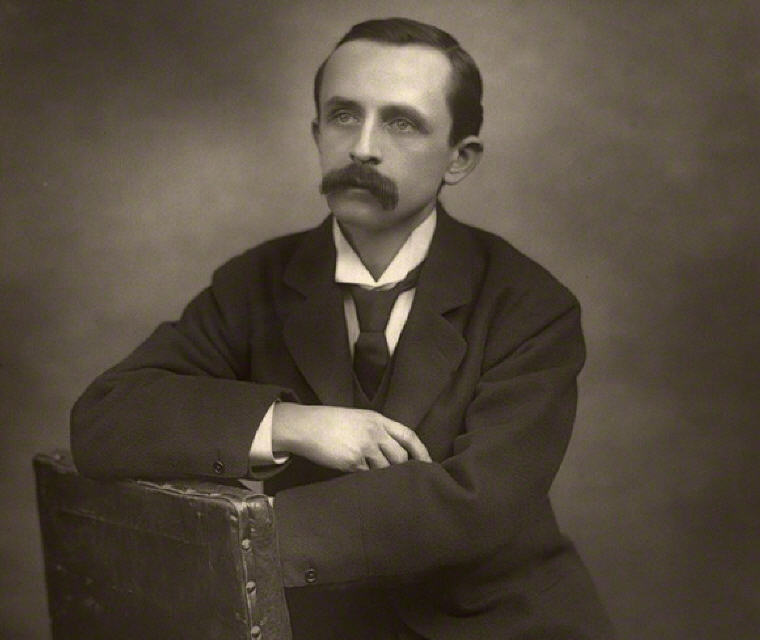 #1 Chapter I: The Love-Light, The Little Minister [S]

1. To look upon you was to rejoice that so fair a thing could be; to think of you is still to be young.

#2 Chapter Twenty-Four: The New World, and the Woman Who May Not Dwell Therein, The Little Minister

2. Let no one who loves be called altogether unhappy. Even love unreturned has its rainbow…

Excerpt from Wikipedia: Sir James Matthew Barrie, 1st Baronet (9 May 1860 – 19 June 1937) was a Scottish author and dramatist, best remembered today as the creator of Peter Pan. The child of a family of small-town weavers, he was educated in Scotland. He moved to London, where he developed a career as a novelist and playwright. There he met the Llewelyn Davies boys who inspired him in writing about a baby boy who has magical adventures in Kensington Gardens (included in The Little White Bird), then to write Peter Pan, or The Boy Who Wouldn’t Grow Up, a “fairy play” about this ageless boy and an ordinary girl named Wendy who have adventures in the fantasy setting of Neverland. This play quickly overshadowed his previous work and although he continued to write successfully, it became his best-known work, credited with popularising the name Wendy, which was very uncommon previously. Barrie unofficially adopted the Davies boys following the deaths of their parents.
__________________

1. To die will be an awfully big adventure.

#2 ACT I. AT LOAM HOUSE, MAYFAIR, The Admirable Crichton [S]

2. I’m not young enough to know everything.

3. Oh, it’s — it’s a sort of bloom on a woman. If you have it, you don’t need to have anything else; and if you don’t have it, it doesn’t much matter what else you have.

4. When you are older you will know that life is a long lesson in humility.

5. …the moment you doubt whether you can fly, you cease forever to be able to do it.

6. The reason birds can fly and we can’t is simply that they have perfect faith, for to have faith is to have wings.

#7 CHAPTER XVIII: LEEBY AND JAMIE, A Window In Thrums

7. Those who bring sunshine to the lives of others cannot keep it from themselves.

8. Shall we make a new rule of life from tonight: always to try to be a little kinder than is necessary?

9. …it is not real work unless you would rather be doing something else.

#10 Reply by the character, Maggie, to a question posed to her about charm (What is charm, exactly, Maggie?). What Every Woman Knows, Act I

10. If you have it, you don’t need to have anything else; and if you don’t have it, it doesn’t much matter what else you have.

#11 Chapter VIII: A Panic in the House, Margaret Ogilvy [S]

11. We never understand how little we need in this world until we know the loss of it.

1. Dreams do come true, if only we wish hard enough. You can have anything in life if you will sacrifice everything else for it.