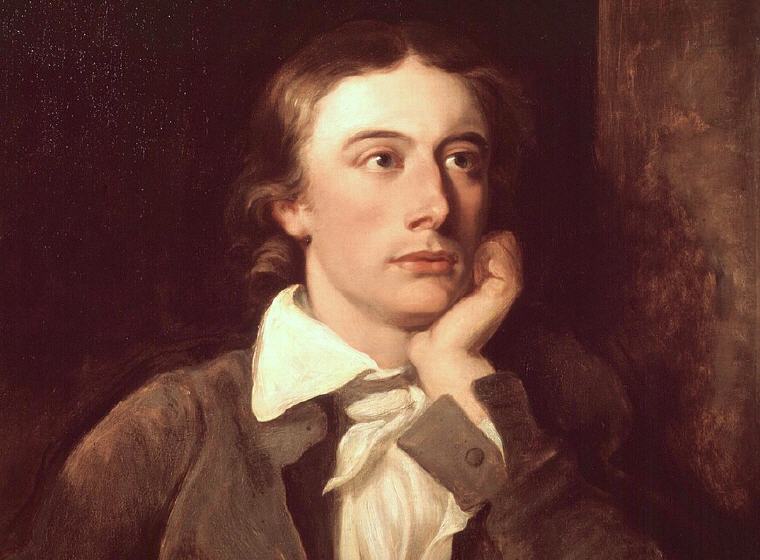 1. You cannot conceive how I ache to be with you: how I would die for one hour—for what is in the world?

2. I have two luxuries to brood over in my walks, your Loveliness and the hour of my death. O that I could have possession of them both in the same minute.

3. …I love you the more in that I believe you have liked me for my own sake and for nothing else.

4. You are always new. The last of your kisses was ever the sweetest, the last smile the brightest, the last movement the gracefulest.

#5 The day is gone, and all its sweets are gone!

5. The day is gone, and all its sweets are gone!
Sweet voice, sweet lips, soft hand, and softer breast

6. I am certain of nothing but the holiness of the Heart’s affections, and the truth of the Imagination.

Excerpt from Wikipedia: John Keats (31 October 1795 – 23 February 1821) was an English poet, who became one of the key figures of the Romantic movement. Along with Lord Byron and Percy Bysshe Shelley, Keats was one of the second generation Romantic poets. During his short life his work was not well received by critics, but his posthumous influence on poets such as Alfred Tennyson and Wilfred Owen was significant. The poetry of Keats was characterised by elaborate word choice and sensual imagery, most notably in a series of odes which remain among the most popular poems in English literature. The letters of Keats, which include the development of his aesthetic theory of negative capability, are among the most celebrated by any English poet.
__________________

1. Heard melodies are sweet, but those unheard
⁠Are sweeter; therefore, ye soft pipes, play on;
Not to the sensual ear, but, more endear’d,
⁠Pipe to the spirit ditties of no tone:
Fair youth, beneath the trees, thou canst not leave
⁠Thy song, nor ever can those trees be bare;
⁠⁠Bold Lover, never, never canst thou kiss,
Though winning near the goal—yet, do not grieve;
⁠⁠She cannot fade, though thou hast not thy bliss,
⁠Forever wilt thou love, and she be fair!

2. Nothing ever becomes real till it is experienced; even a proverb is no proverb to you till life has illustrated it.

3. Many have original minds who do not think it: they are led away by custom. Now it appears to me that almost any man may, like the spider, spin, from his own inwards, his own airy citadel.

4. A thing of beauty is a joy for ever:
Its loveliness increases; it will never
Pass into nothingness; but still will keep
A bower quiet for us, and a sleep
Full of sweet dreams, and health, and quiet breathing.

5. I was never afraid of failure; for I would sooner fail than not be among the greatest.

6. SWEET are the pleasures that to verse belong,
And doubly sweet a brotherhood in song

7. Shed no tear! O shed no tear!
The flower will bloom another year.
Weep no more! O weep no more!
Young buds sleep in the root’s white core.

#8 On Seeing the Elgin Marbles

8. My spirit is too weak—mortality
Weighs heavily on me like unwilling sleep,
And each imagined pinnacle and steep
Of godlike hardship tells me I must die
Like a sick eagle looking at the sky.

#9 When I Have Fears that I May Cease to Be

9. When I have fears that I may cease to be
Before my pen has glean’d my teeming brain,
Before high piled books, in charact’ry,
Hold like rich garners the full-ripen’d grain;
When I behold, upon the night’s starr’d face,
Huge cloudy symbols of a high romance,
And think that I may never live to trace
Their shadows, with the magic hand of chance;
And when I feel, fair creature of an hour!
That I shall never look upon thee more,
Never have relish in the faery power
Of unreflecting love!—then on the shore
Of the wide world I stand alone, and think
Till Love and Fame to nothingness do sink.
__________________

1. Don’t be discouraged by a failure. It can be a positive experience. Failure is, in a sense, the highway to success, inasmuch as every discovery of what is false leads us to seek earnestly after what is true, and every fresh experience points out some form of error which we shall afterwards carefully avoid.

1. The problems of the world cannot possibly be solved by skeptics or cynics, whose horizons are limited by the obvious realities. We need men who can dream of things that never were, and ask why not.