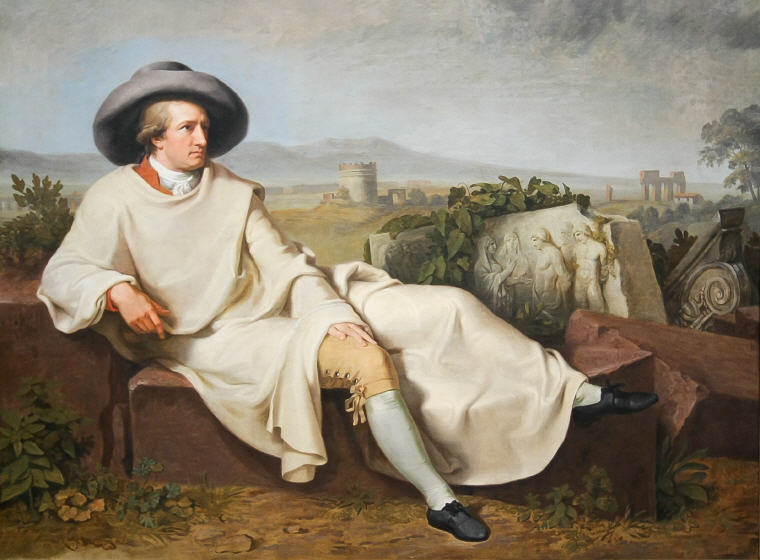 1. Love does not rule; but it trains, and that is more.

2. We can’t form our children on our own concepts; we must take them and love them as God gives them to us.

3. A world without love would be no world.

4. The sum which two married people owe to one another defies calculation. It is an infinite debt, which can only be discharged through all eternity.

5. Love, charity, and science can alone make us happy and tranquil in this world of ours. (Pg 58)

6. Very few there are who love others for what they really are. The majority love in others what they imagine in them; they love their own idea in others. (Pg 58)

7. That is the true season of love, when we believe that we alone can love, that no one could ever have loved so before us, and that no one will love in the same way after us. (Pg 25)

8. Frantic and passionate happiness, in which, we lose our own selves, will also darken the reminiscence of those we love. But when you are fully conscious and very tranquil, your mind is open to a peculiar sympathy, and all dead friendships and loves rise into life again. (Pg 26)

Excerpt from Wikipedia: Johann Wolfgang von Goethe (28 August 1749 – 22 March 1832) was a German writer and polymath. Goethe is considered by many to be the most important writer in the German language and one of the most important thinkers in Western culture. Goethe’s works span the fields of poetry, drama, literature, theology, philosophy, and science. His magnum opus, lauded as one of the peaks of world literature, is the two-part drama Faust. Goethe’s other well-known literary works include his numerous poems, the Bildungsroman Wilhelm Meister’s Apprenticeship, and the epistolary novel The Sorrows of Young Werther.
_____________________

1. A noble person attracts noble people, and knows how to hold on to them.

2. You ask which form of government is the best? Whichever teaches us to govern ourselves.

3. You’ve only got to grow old to be more lenient; I see no fault committed of which I too haven’t been guilty.

4. Behaviour is a mirror in which everyone shows his image.

5. All the knowledge I possess every one else can acquire, but my heart is exclusively my own.

7. Age does not make us childish, as they say. It only finds us true children still.

8. Life teaches us to be less harsh with ourselves and with others.

9. One ought, every day at least, to hear a little song, read a good poem, see a fine picture, and, if it were possible, to speak a few reasonable words.

10. Nothing venture, nothing gain. Who ne’er his bread in sorrow ate, who ne’er the mournful midnight hours weeping upon his bed has sate, he knows you not, ye Heavenly Powers.

#11 “Distichs” in The Poems of Goethe, 1853 as translated in the original metres by Edgar Alfred Bowring

11. Who is the happiest of men? He who values the merits of others, and in their pleasure takes joy, even as though ’twere his own.

12. If I work incessantly to the last, nature owes me another form of existence when the present one collapses.

13. National hatred is something peculiar: you will always find it strongest and most violent in the lowest degree of culture.

14. One must be something in order to do something.

15. One never goes so far as when one doesn’t know where one is going.

#16 The Autobiography of Goethe: Truth and Poetry: From My Own Life. Translated by John Oxenford, A. J. W. Morrison

16. …the individual should know himself and his age: himself, so far as he has remained the same under all circumstances; his age, as that which carries along with it, determines and fashions, both the willing and the unwilling; so that one may venture to pronounce, that any person born ten years earlier or later would have been quite a different being, both as regards his own culture and his influence on others.

17. He alone is great and happy who fills his own station of independence, and has neither to command nor to obey.

18. When we take people,’ thou wouldst say, ‘merely as they are, we make them worse; when we treat them as if they were what they should be, we improve them as far as they can be improved.

19. There is strong shadow where there is much light.

20. Instruction does much, but encouragement everything.

21. Our senses do not deceive us, but our judgment does.

22. Life belongs to the living, and he who lives must be prepared for a change.

#23 Goethe’s Opinions on the World, Mankind, Literature, Science, and Art

23. The greatest men whom I have known — men, whose glance embraced the heavens and the earth, were very humble, and aware of the manner in which they had risen to such eminence.

#24 Maxims and Reflections: Life and Character, translation by Bailey Saunders, 1892

24. By nothing do men show their character more than by the things they laugh at.

#25 The Autobiography of Goethe: Truth and Poetry From My Own Life

25. The other natural studies which I had begun, I endeavoured to continue, and as one always has time enough, if one will apply it well, so amongst them all I succeeded in doing twice or thrice as much as usual.

26. Piety is not an end but a means to attain by the greatest peace of mind the highest degree of culture.

#27-28 Maxims and Reflections: Life and Character, Translated by Bailey Saunders, 1892

27. We do not learn to know men if they come to us; we must go to them to find out what they are.

28. What a man does not understand, he does not possess.

29. Properly speaking, we are all of us collective beings. There is no denying the fact, however disagreeable it may be. For, how little are we by ourselves, and how little can we call our own! We must all accept and learn from those that went before us, and from those that live with us.

30. My works spring, not from my own wisdom alone, but from hundreds of things and persons, that gave the matter for them. There were fools and sages, long-headed men and narrow-minded men, children and young and old men and women, that told me how they felt, and what they thought: how they lived and laboured, and what was the amount, and what were the results of their experience; I had but to hold out my hands, and reap a harvest which others had sown for me.

31. We ought not to isolate ourselves, for we cannot remain in a state of isolation. Social intercourse makes us the more able to bear with ourselves and with others.

32. There are but two ways which lead to great aims and achievements — energy and perseverance. Energy is a rare gift, — it provokes opposition, hatred, and reaction. But perseverance lies within the affordings of every one, its power increases with its progress, and it is but rarely that it misses its aim.

33. The more haste the less speed; to jump from the bottom of the stairs to the top is not a wise proceeding, but in our days men are over-hasty, and inclined to proceed in jumps.

34. The object of life is life itself — if we do but our duty to our own minds, we shall soon come to do it to the world.

35. The world is larger and smaller than we are in the habit of thinking. I move it whenever I move; it moves me when I rest. We ought always to be prepared to move or to be moved.

36. Ingratitude is a sign of weakness. I never knew a strong character ungrateful.

37. Tell me with whom you associate, and I will tell you who you are. If I know what your business is, I know what can be made of you.

38. Generosity wins favour for every one, especially when it is accompanied by modesty.

39. Not everywhere where there is water, are there frogs; but where you have frogs, there you will find water.

40. Error is quite right as long as we are young, but we must not carry it on with us into our old age.

41. Those from whom we are always learning are rightly called our masters; but not every one who teaches us deserves this title.

42. A rainbow which lasts a quarter of an hour is looked at no more.

43. There are people who make no mistakes because they never wish to do anything worth doing.

1. We are shaped and fashioned by what we love.

2. There is a courtesy of the heart; it is allied to love. From it springs the purest courtesy in the outward behavior.

3. Love is an ideal thing, marriage a real thing; a confusion of the real with the ideal never goes unpunished.

4. Be generous with kindly words, especially about those who are absent.

5. Dream no small dreams for they have no power to move the hearts of men.

6. Go to foreign countries and you will get to know the good things one possesses at home.

7. He is happiest, be he king or peasant, who finds peace in his home.