1. Your words are my food, your breath my wine. You are everything to me. 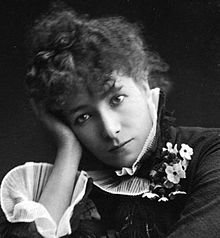 1. We must live for the few who know and appreciate us, who judge and absolve us, and for whom we have the same affection and indulgence. The rest I look upon as a mere crowd, lively or sad, loyal or corrupt, from whom there is nothing to be expected but fleeting emotions, either pleasant or unpleasant, which leave no trace behind them.

2. Once the curtain is raised, the actor ceases to belong to himself. He belongs to his character, to his author, to his public. He must do the impossible to identify himself with the first, not to betray the second, and not to disappoint the third.

3. He who is incapable of feeling strong passions, of being shaken by anger, of living in every sense of the word, will never be a good actor.

4. Life begets life. Energy creates energy. It is by spending oneself that one becomes rich.