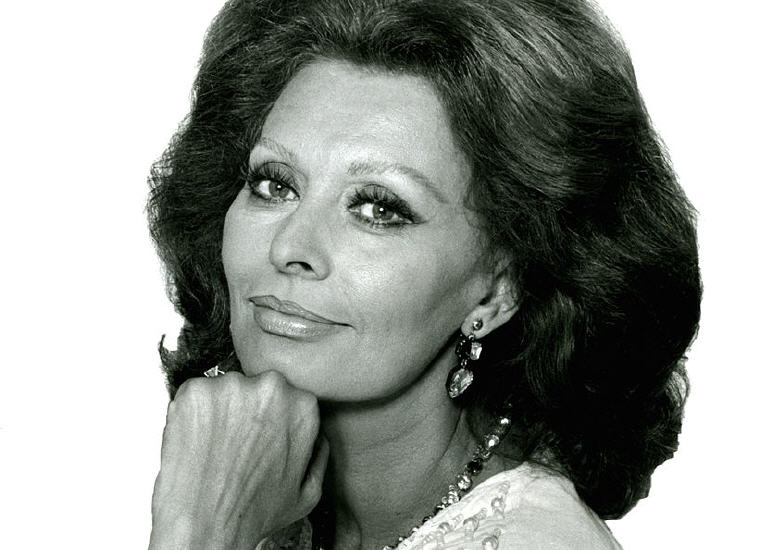 1. But I put companionship first because sex is like washing your face — something you must do. But you can’t live just by going to bed with someone. Sex without love is absolutely ridiculous. Sex follows love. It never precedes it.

2. Life is based on love. It holds marriages together, makes a woman complete, and it is the prime ingredient of a fine spaghetti sauce.

Excerpt from Wikipedia: Sophia Loren, Order of Merit of the Italian Republic (OMRI) (born Sofia Villani Scicolone on 20 September 1934) is an Italian actress.

Loren is widely recognized as the most awarded Italian actress. She was the first actress of the talkie era to win an Academy Award for a non-English-speaking performance, for her portrayal of Cesira in Vittorio De Sica’s Two Women. Her other awards include one Golden Globe Award, a Grammy Award, a BAFTA Award and a Laurel Award. In 1995 she received the Cecil B. DeMille Award for lifetime achievements, one of many such awards.

Her films include: Houseboat (1958), El Cid (1961), Yesterday, Today and Tomorrow (1963), Marriage Italian-Style (1964), and A Special Day (1977). In later years she has appeared in American blockbusters such as Grumpier Old Men (1995), and Nine (2009). In 1994 she starred in Robert Altman’s Prêt-à-Porter, which earned her a Golden Globe nomination the same year. She has also achieved critical and commercial success in TV movies such as Courage.

1. The only people who never make mistakes are the ones who don’t do anything. Mistakes are part of the dues one pays for a full life.

3. Beauty is how you feel inside, and it reflects in your eyes. It is not something physical.

4. A woman’s dress should be like a barbed-wire fence: serving its purpose without obstructing the view.

5. Nothing makes a woman more beautiful than the belief that she is beautiful.

6. There is a fountain of youth: it is your mind, your talents, the creativity you bring to your life and the lives of the people you love. When you learn to tap this source, you will have truly defeated age.

7. I never tried to block out the memories of the past, even though some are painful. I don’t understand people who hide from their past. Everything you live through helps to make you the person you are now.

8. I think the quality of sexiness comes from within. People have always considered me a sex symbol, but playing those roles that conveyed that impression, I never once deliberately said to myself, Now, Sophia, play this real sexy, really set them on fire. I could not tell you what I did that make a particular role sexy; I simply played the character as I imagined her to be. I believe that if you play sexiness deliberately, the audience senses the phoniness and doesn’t like it. It is something that is in you or it isn’t and it really doesn’t have much to do with breasts or thighs or the pout of your lips.

9. But my philosophy is that it’s better to explore life and make mistakes than to play it safe and not to explore at all.

10. Getting ahead in a difficult profession, singing, acting, writing, whatever, requires avid faith in yourself, in who you are, the talent you have…That is why some people with mediocre talent, but great inner drive, go much further than people with vastly superior talent.

11. But I guess you could say (I hope this doesn’t sound pompous) that I was blessed with a sense of my own destiny. I have never sold myself short. I have never judged myself by other people’s standards. I have always expected a great deal of myself, and if I fail, I fail myself. So failure or reversal does not bring out resentment in me because I cannot blame others for any misfortune that befalls me.

12. I was not intrigued with the accouterments of success and fame, the furs, jewels, expensive automobiles, and mansions that are success’s handmaidens. Of course, later on I had all of these so-called rewards when I became successful, and people tend to think, coming from the life I had, that that was my goals, but I can assure you that these things were not on my mind when I sat spellbound in that Pozzuoli movie house. It was what these performers on the screen were doing, not what they received for doing it.

13. I was born wise. Street-wise, people-wise, self-wise. This wisdom was my birthright. I was also born old. And illegitimate. But the two big advantages I had at birth were to have been born wise and to have been born in poverty.

14. I don’t get violent — I save that for the screen where it is sometimes expected of me. I become very calm, very flat — very English.

15. What is jewel? They don’t exist for me any more. They were responsible for one of the worst experiences in my life: It is terribly dangerous to wear jewellery nowadays: you don’t know where or how you are going to end up. But I don’t like jewels now for another reason: it’s trying to show your wealth in the face. I don’t think that is nice, it isn’t good. I am sorry I didn’t think of it before.

16. If you don’t face every day with a kind of optimism in our business, with a kind of drive that enables you to do things almost instinctively in the right way, then it is time you quit or you are going to fall off the bridge. Emotionally it is very tough: I never get tired physically.

17. You must give fate a helping hand. Whatever in life you want, you must help yourself to be in the right position to make it happen.

18. I pushed myself into this business little by little. I had to push. Nobody wanted to know me. My mouth was too large, my nose too big, my eyes too wide apart — and even then I was too tall for a woman.

19. You know, people think I have 100 per cent sex appeal, but it is only imagination. Maybe 50 per cent is what I’ve got. The other 50 per cent is their fantasies working on it. I never wanted to be a sex-bomb. They made me one … the publicity, the papers, all that. I always wanted to be an actress, truly.

20. I have no regrets on how my life turned out. I have had bad moments, such as when I was trying to have children and I couldn’t — that was a big problem for me, really a tragedy — but I solved that problem. There are always moments that you don’t like, but you have to focus on the positive things instead of the negative. Otherwise, you go behind, not ahead.

21. You have to make your choices in life and go on from there. I don’t like to look back. It would drive you crazy. What’s the point? You can’t change the past. It doesn’t exist anymore.

1. When you are a mother, you are never really alone in your thoughts. A mother always has to think twice, once for herself and once for her child.