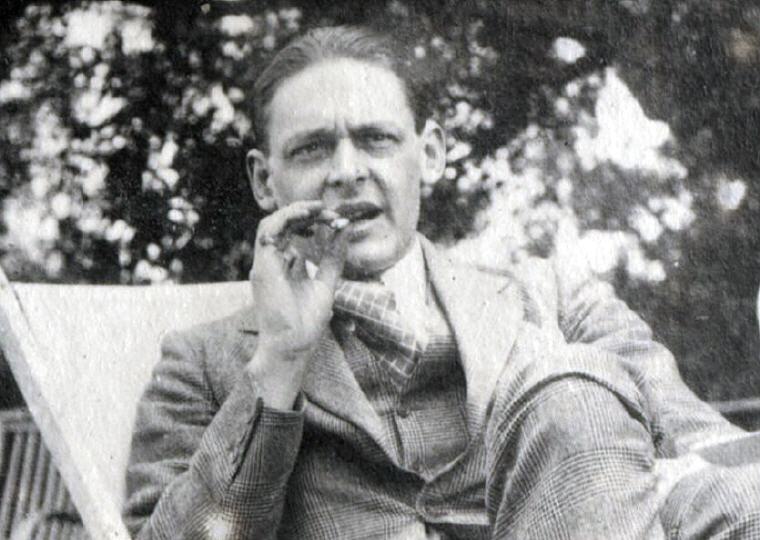 1. Oh my dear, I love you to the limits of speech, and beyond.
It’s strange that words are so inadequate.
Yet, like the asthmatic struggling for breath,
So the lover must struggle for words.

2. But there’s no vocabulary
For love within a family, love that’s lived in
But not looked at, love within the light of which
All else is seen, the love within which
All other love finds speech.
This love is silent.

3. I said to my soul, be still, and wait without hope
For hope would be hope for the wrong thing; wait without love,
For love would be love of the wrong thing; there is yet faith
But the faith and the love and the hope are all in the waiting.
Wait without thought, for you are not ready for thought:
So the darkness shall be the light, and the stillness the dancing.

#4 A Dedication to My Wife

Except from Wikipedia: Thomas Stearns Eliot, Order of Merit (26 September 1888–4 January 1965), was a poet, playwright, and literary critic. He received the Nobel Prize in Literature in 1948. Among his most famous writings are The Love Song of J. Alfred Prufrock, The Waste Land, “The Hollow Men”, Ash Wednesday, Four Quartets, Murder in the Cathedral, The Cocktail Party and “Old Possum’s Book of Practical Cats”.
________________

1. Half of the harm that is done in this world
Is due to people who want to feel important.
They don’t mean to do harm — but the harm does not interest them.
Or they do not see it, or they justify it
Because they are absorbed in the endless struggle
To think well of themselves.

2. You will have to live with these memories and make
them
Into something new. Only by acceptance
Of the past will you alter its meaning.

#4 Knowledge and Experience in the philosophy of F. H. Bradley

5. Of course one can ‘go too far’ and except in directions in which we can go too far there is no interest in going at all; and only those who will risk going too far can possibly find out just how far one can go.

7. And people to whom nothing has ever happened cannot understand the unimportance of events.

#8 The Use of Poetry and the Use of Criticism

8. To do the useful thing, to say the courageous thing, to contemplate the beautiful thing: that is enough for one man’s life.

9. What we call the beginning is often the end
And to make an end is to make a beginning.
The end is where we start from.

10. We shall not cease from exploration
And the end of all our exploring
Will be to arrive where we started
And know the place for the first time.

1. I don’t believe one grows older. I think that what happens early on in life is that at a certain age one stands still and stagnates.

2. A play should give you something to think about. When I see a play and understand it the first time, then I know it can’t be much good.

3. Television is a medium of entertainment which permits millions of people to listen to the same joke at the same time, and yet remain lonesome.