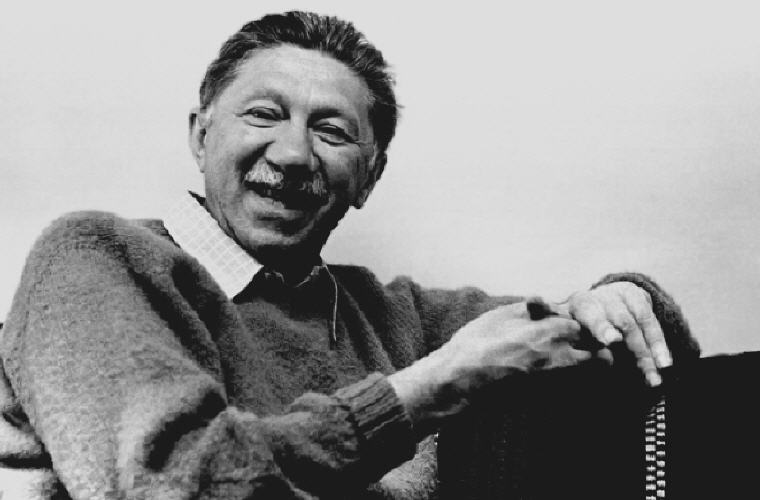 1. If both the physiological and the safety needs are fairly well gratified, then there will emerge the love and affection and belongingness needs, and the whole cycle already described will repeat itself with this new center. Now the person will feel keenly, as never before, the absence of friends, or a sweetheart, or a wife, or children. He will hunger for affectionate relations with people in general, namely, for a place in his group, and he will strive with great intensity to achieve this goal. He will want to attain such a place more than anything else in the world and may even forget that once, when he was hungry, he sneered at love.

#2 Toward a Psychology of Being

2. It can be assumed that classical economic theory, based as it is on inadequate theory of human motivation, could also be revolutionized by accepting the biological reality of higher human needs, including the impulse to self-actualization and the love for the highest values.

Excerpt from Wikipedia: Abraham Harold Maslow (April 1, 1908 – June 8, 1970) was an American psychologist who was best known for creating Maslow’s hierarchy of needs, a theory of psychological health predicated on fulfilling innate human needs in priority, culminating in self-actualization. Maslow was a psychology professor at Brandeis University, Brooklyn College, New School for Social Research and Columbia University. He stressed the importance of focusing on the positive qualities in people, as opposed to treating them as a “bag of symptoms.”
_____________________

1. I suppose it is tempting, if the only tool you have is a hammer, to treat everything as if it were a nail.

2. If you plan on being anything less than you are capable of being, you will probably be unhappy all the days of your life.

3. A musician must make music, an artist must paint, a poet must write, if he is to be ultimately at peace with himself. What a man can be, he must be. (p. 93.)

5. What is necessary to change a person is to change his awareness of himself.

6. If swindling pays, then it will not stop. The definition of the good society is one in which virtue pays. I can now add a slight variation on this; you cannot have a good society unless virtue pays.

#7 Toward a Psychology of Being, 1957, Basic Needs and their Hierarchical Arrangement

7. For one thing, it looks as if there were a single ultimate value for mankind, a far goal toward which all men strive. This is called variously by different authors self-actualization, self-realization, integration, psychological health, individuation, autonomy, creativity, productivity, but they all agree that this amounts to realizing the potentialities of the person, that is to say, becoming fully human, everything that the person can become.

#8 How the Best Leaders Lead: Proven Secrets to Getting the Most Out of Yourself and Others, 2010, Brian Tracy, p. 35.

8. You will either step forward into growth, or you will step backward into safety.

9. We are not in a position in which we have nothing to work with. We already have capacities, talents, direction, missions, callings.

11. It seems that the necessary thing to do is not to fear mistakes, to plunge in, to do the best that one can, hoping to learn enough from blunders to correct them eventually.

12. Let people realize clearly that every time they threaten someone or humiliate or hurt unnecessarily or dominate or reject another human being, they become forces for the creation of psychopathology, even if these be small forces. Let them recognize also that every person who is kind, helpful, decent, psychologically democratic, affectionate, and warm is a psychotherapeutic force, even though a small one.

13. If I were dropped out of a plane into the ocean and told the nearest land was a thousand miles away, I’d still swim. And I’d despise the one who gave up.

14. The story of the human race is the story of men and women selling themselves short.

#15 Quoted in The Meaning of Life: According to the Great and the Good, 2007, edited by Richard T. Kinnier

16. One’s only rival is one’s own potentialities. One’s only failure is failing to live up to one’s own possibilities. In this sense every man can be a king and must therefore be treated like a king.

1. We fear to know the fearsome and unsavory aspects of ourselves, but we fear even more to know the godlike in ourselves.

3. It isn’t normal to know what we want. It is a rare and difficult psychological achievement.

4. Life is an ongoing process of choosing between safety (out of fear and need for defense) and risk (for the sake of progress and growth). Make the growth choice a dozen times a day.