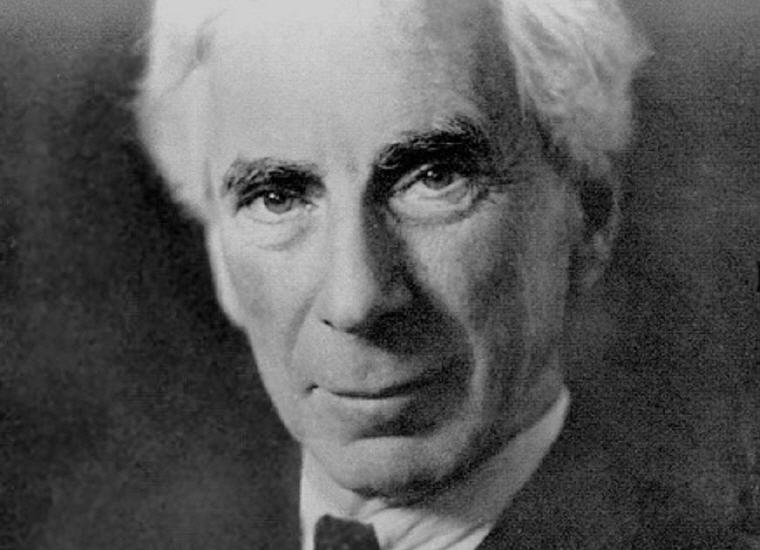 1. Love is something far more than desire for sexual intercourse; it is the principal means of escape from the loneliness which afflicts most men and women throughout the greater part of their lives.

2. I believe myself that romantic love is the source of the most intense delights that life has to offer. In the relation of a man and woman who love each other with passion and imagination and tenderness, there is something of inestimable value, to be ignorant of which is a great misfortune to any human being.

3. I believe marriage to be the best and most important relation that can exist between two human beings.

4. Marriage is for women the commonest mode of livelihood, and the total amount of undesired sex endured by women is probably greater in marriage than in prostitution.

5. To fear love is to fear life, and those who fear life are already three parts dead.

6. Of all forms of caution, caution in love is perhaps the most fatal to true happiness.

8. The good life is one inspired by love and guided by knowledge.

Excerpt from Wikipedia: Bertrand Arthur William Russell, 3rd Earl Russell, OM, FRS (18 May 1872 – 2 February 1970), commonly known as simply Bertrand Russell, was a British philosopher, logician, mathematician, historian, atheist, social reformer, socialist and pacifist. Although he spent the majority of his life in England, he was born in Wales, where he also died.

In 1950, Russell was awarded the Nobel Prize in Literature, “in recognition of his varied and significant writings in which he champions humanitarian ideals and freedom of thought.”
__________________

#1 This Liberal Decalogue first appeared at the end of the article “The best answer to fanaticism: Liberalism” in the New York Times Magazine, 16 December 1951

1. The Ten Commandments that, as a teacher, I should wish to promulgate, might be set forth as follows:

2. Fear is the main source of superstition, and one of the main sources of cruelty. To conquer fear is the beginning of wisdom, in the pursuit of truth as in the endeavour after a worthy manner of life.

3. Three passions, simple but overwhelmingly strong, have governed my life: the longing for love, the search for knowledge, and unbearable pity for the suffering of mankind. These passions, like great winds, have blown me hither and thither, in a wayward course, over a deep ocean of anguish, reaching to the very verge of despair.

#4 The Collected Papers of Bertrand Russell: The philosophy of logical atomism and other essays, 1914-19

4. In thought, at any rate, those who forget good and evil and seek only to know the facts are more likely to achieve good than those who view the world through the distorting medium of their own desires.

5. We are faced with the paradoxical fact that education has become one of the chief obstacles to intelligence and freedom of thought. This is due primarily to the fact that the State claims a monopoly; but that is by no means the sole cause.

7. My whole religion is this: do every duty, and expect no reward for it, either here or hereafter.

#8 Authority and the Individual

8. A life without adventure is likely to be unsatisfying, but a life in which adventure is allowed to take whatever form it will is sure to be short.

10. Freedom in general may be defined as the absence of obstacles to the realization of desires. 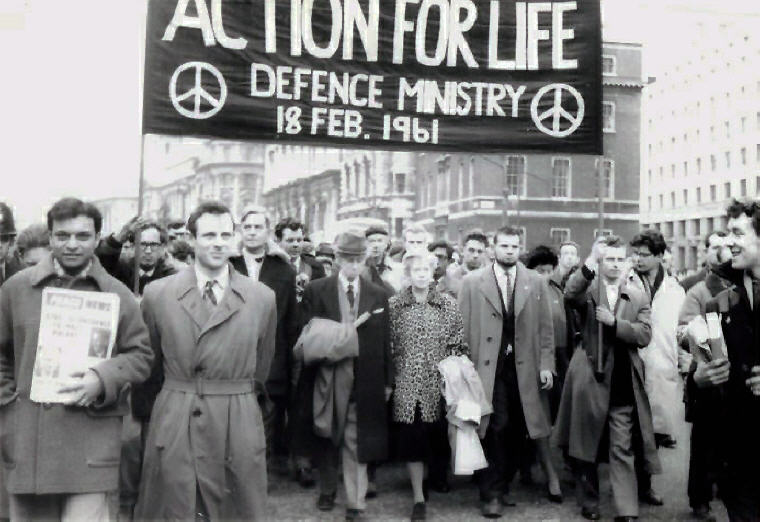 11. Whatever happens, I cannot be a silent witness to murder or torture. Anyone who is a partner in this is a despicable individual. I am sorry I cannot be moderate about it . . .

12. Against my will, in the course of my travels, the belief that everything worth knowing was known at Cambridge gradually wore off. In this respect my travels were very useful to me.

13. There is no need to worry about mere size. We do not necessarily respect a fat man more than a thin man. Sir Isaac Newton was very much smaller than a hippopotamus, but we do not on that account value him less.

14. Almost everything that distinguishes the modern world from earlier centuries is attributable to science, which achieved its most spectacular triumphs in the seventeenth century.

15. The fundamental cause of the trouble is that in the modern world the stupid are cocksure while the intelligent are full of doubt. Even those of the intelligent who believe that they have a nostrum are too individualistic to combine with other intelligent men from whom they differ on minor points.

16. Aristotle could have avoided the mistake of thinking that women have fewer teeth than men, by the simple device of asking Mrs. Aristotle to keep her mouth open while he counted. He did not do so because he thought he knew. Thinking that you know when in fact you don’t is a fatal mistake, to which we are all prone.

17. A world full of happiness is not beyond human power to create; the obstacles imposed by inanimate nature are not insuperable. The real obstacles lie in the heart of man, and the cure for these is a firm hope, informed and fortified by thought.

18. Extreme hopes are born from extreme misery, and in such a world hopes could only be irrational.

#20-21 Mysticism and Logic and Other Essays

20. Freedom comes only to those who no longer ask of life that it shall yield them any of those personal goods that are subject to the mutations of time.

21. Both in thought and in feeling, even though time be real, to realise the unimportance of time is the gate of wisdom.

22. Neither a man nor a crowd nor a nation can be trusted to act humanely or to think sanely under the influence of a great fear.

24. Mathematics takes us still further from what is human, into the region of absolute necessity, to which not only the world, but every possible world, must conform.

25. But if philosophy is to serve a positive purpose, it must not teach mere skepticism, for, while the dogmatist is harmful, the skeptic is useless. Dogmatism and skepticism are both, in a sense, absolute philosophies; one is certain of knowing, the other of not knowing. What philosophy should dissipate is certainty, whether of knowledge or of ignorance.

26. If he is of a philosophic disposition, he concludes that human life is essentially wretched, since the man who has all he wants is still unhappy. He forgets that to be without some of the things you want is an indispensable part of happiness.

27. One of the symptoms of approaching nervous break-down is the belief that one’s work is terribly important, and that to take a holiday would bring all kinds of disaster.

28 Boredom is therefore a vital problem for the moralist, since at least half the sins of mankind are caused by the fear of it.

29. A sense of duty is useful in work, but offensive in personal relations. People wish to be liked, not to be endured with patient resignation. To like many people spontaneously and without effort is perhaps the greatest of all sources of personal happiness.

30. Envy, in fact, is one form of a vice, partly moral, partly intellectual, which consists in seeing things never in themselves, but only in their relations.

31. And if I can cure myself of envy I can acquire happiness and become enviable.

32. The secret of happiness is this: let your interests be as wide as possible, and let your reactions to the things and persons that interest you be as far as possible friendly rather than hostile.

33. If all our happiness is bound up entirely in our personal circumstances it is difficult not to demand of life more than it has to give. And to demand too much is the surest way of getting even less than is possible.

34. A happy life must be to a great extent a quiet life, for it is only in an atmosphere of quiet that true joy can live.

35. To save the world requires faith and courage: faith in reason, and courage to proclaim what reason shows to be true.

36. I believe that love of truth is the basis of all real virtue, and that virtues based upon lies can only do harm. 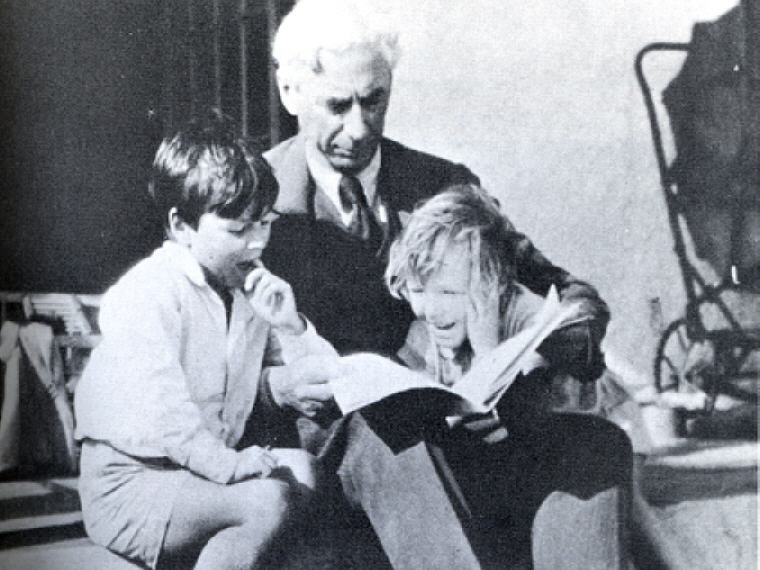 37. The fundamental defect of fathers, in our competitive society, is that they want their children to be a credit to them.

#38 The Conquest of Happiness

38. …the only cure for envy in the case of ordinary men and women is happiness, and the difficulty is that envy is itself a terrible obstacle to happiness.

39. A hallucination is a fact, not an error; what is erroneous is a judgment based upon it.

1. Religion is something left over from the infancy of our intelligence, it will fade away as we adopt reason and science as our guidelines.