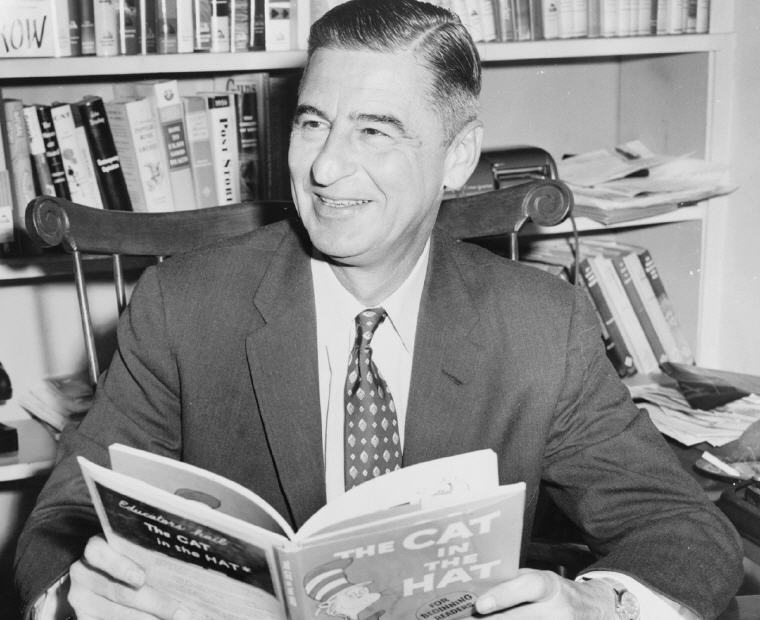 1. Unless someone like you cares a whole awful lot, nothing is going to get better. It’s not.

Excerpt from Wikipedia: Theodor Seuss Geisel (March 2, 1904 – September 24, 1991) was an American writer, poet, and cartoonist most widely known for his children’s books written under the pen names Dr. Seuss, Theo LeSieg and, in one case, Rosetta Stone.

He published 46 children’s books, which were often characterized by imaginative characters, rhyme, and frequent use of trisyllabic meter. His most celebrated books include the bestselling Green Eggs and Ham, The Cat in the Hat, One Fish Two Fish Red Fish Blue Fish, Horton Hears a Who, Horton Hatches the Egg, and How the Grinch Stole Christmas!. Numerous adaptations of his work have been created, including 11 television specials, four feature films, a Broadway musical and four television series. He won the Lewis Carroll Shelf Award in 1958 for Horton Hatches the Egg and again in 1961 for And to Think That I Saw It on Mulberry Street.
______________________

1. “Don’t give up! I believe in you all. A person’s a person, no matter how small! And you very small persons will not have to die if you make yourselves heard! So come on, now, and TRY!”

2. Today you are you, that is truer than true. There is no one alive who is youer than you. 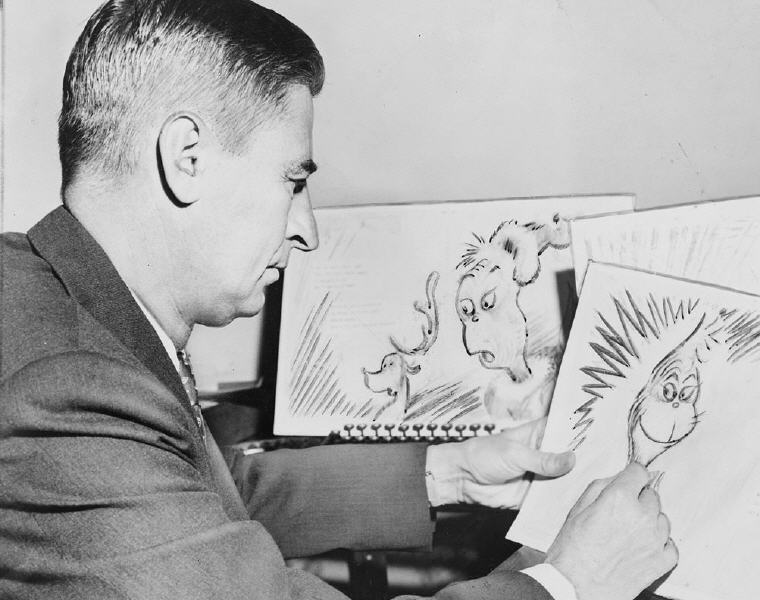 Dr Seuss at work on a drawing of the grinch, Photo credit: Wikipedia

#3 How the Grinch Stole Christmas!

5. Nonsense wakes up the brain cells. And it helps develop a sense of humor, which is awfully important in this day and age. Humor has a tremendous place in this sordid world. It’s more than just a matter of laughing. If you can see things out of whack, then you can see how things can be in whack.

6. Oh the things you can find if you don’t stay behind!

#7 I Had Trouble in Getting to Solla Sollew

8. I meant what I said, and I said what I meant. An elephant’s faithful, one hundred percent.

#9 The Beginnings of Dr. Seuss: An informal reminiscence

11. You’ll miss the best things if you keep your eyes shut. 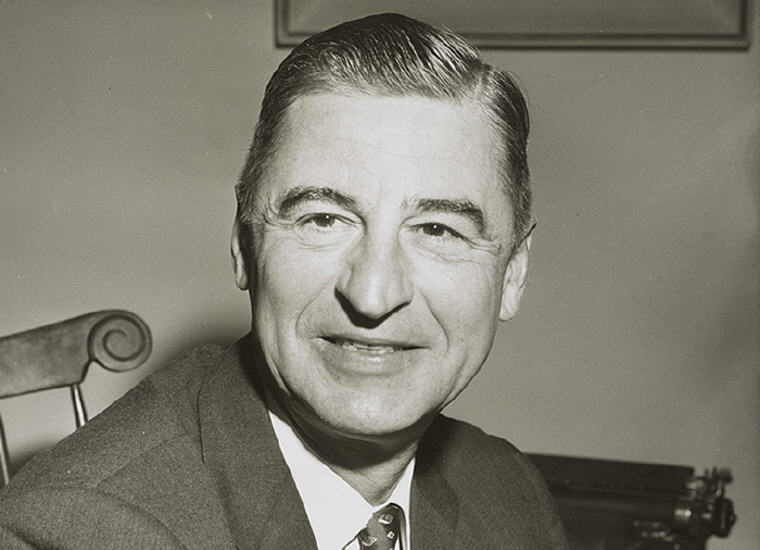 12. Today is gone. Today was fun. Tomorrow is another one. Every day, from here to there, funny things are everywhere.

14. Think left and think right and think low and think high. Oh, the Thinks you can think up if only you try.

15. You can get help from teachers, but you are going to have to learn a lot by yourself, sitting alone in a room.

17. You’re off to great places. Today is your day! Your mountain is waiting. So … get on your way.

19. Onward up many a frightening creek, though your arms may get sore and your sneakers may leak. Oh! The places you’ll go!

20. You have brains in your head. You have feet in your shoes. You can steer yourself any direction you choose.

21. When you think things are bad,
when you feel sour and blue,
when you start to get mad…
you should do what I do!

Quotes attributed to Dr. Seuss but without source

1. It is better to know how to learn than to know.

2. I like nonsense, it wakes up the brain cells. Fantasy is a necessary ingredient in living.

3. Sometimes the questions are complicated and the answers are simple.

4. Only you can control your future.

5. Why fit in when you were born to stand out?

6. I start drawing, and eventually the characters involve themselves in a situation. Then in the end, I go back and try to cut out most of the preachments.

7. You know you’re in love when you can’t fall asleep because reality is finally better than your dreams.