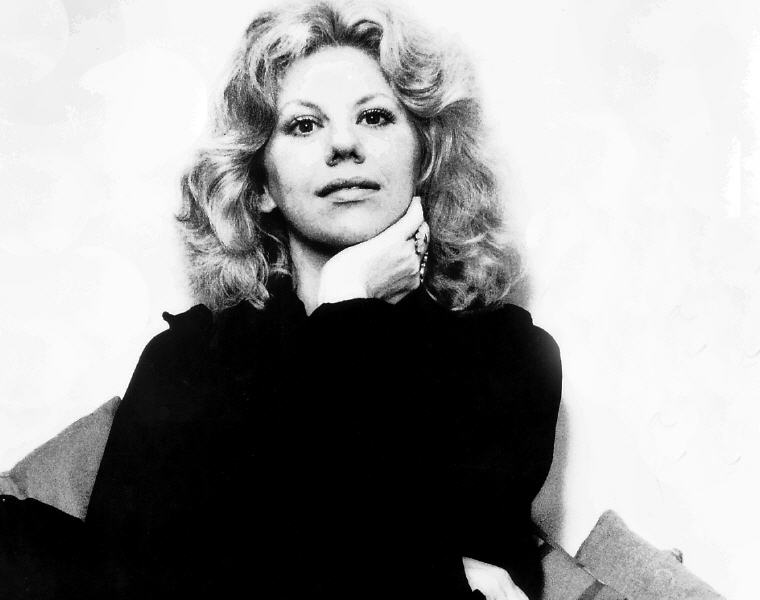 1. My mother wanted me to be her wings, to fly as she never quite had the courage to do. I love her for that. I love the fact that she wanted to give birth to her own wings.

2. Do you want me to tell you something really subversive? Love is everything it’s cracked up to be. That’s why people are so cynical about it. Living with someone you really share things with is not only wonderful, it’s actually better than all the love songs, all the silly movies say it is. It really is worth fighting for, being brave for, risking everything for. And the trouble is, if you don’t risk anything, you risk even more. Life doesn’t leave that many choices. It’s really very harsh.

#3 There is Only One Story

3. The truth is simple:
you do not die
from love.

You only wish
you did.

#5 The Evidence, Half Lives

5. Is life a wound
which dreams of being healed?

Is love a wound which deepens
as it dreams?

Excerpt from Wikipedia: Erica Jong (born March 26, 1942) is an American novelist, satirist, and poet, known particularly for her 1973 novel Fear of Flying. The book became famously controversial for its attitudes towards female sexuality and figured prominently in the development of second-wave feminism. According to The Washington Post, it has sold more than 20 million copies worldwide.
__________________

1. All the good things that have happened to me in the last several years have come, without exception, from a willingness to change, to risk the unknown, to do the very things I feared most.

2. I have not ceased being fearful, but I have ceased to let fear control me.

3. I have accepted fear as a part of life, specifically the fear of change, the fear of the unknown. I have gone ahead despite the pounding in the heart that says: Turn back, turn back; you’ll die if you venture too far.

4. Advice is what we ask for when we already know the answer but wish we didn’t…

5. Many people today believe that cynicism requires courage. Actually, cynicism is the height of cowardice. It is innocence and open-heartedness that requires the true courage —however often we are hurt as a result of it.

6. Of all human activities, none is so useless and potentially destructive as trying to predict the future. The future is merely a shadow which blocks out the joys of the present and emphasizes the miseries of the past.

7. Someday every woman will have orgasms—like every family has color TV-and we can all get on with the real business of life.

8. Take your life in your own hands, and what happens? A terrible thing: no one to blame.

10. The zipless fuck was more than a fuck. It was a platonic ideal. Zipless because when you came together zippers fell away like rose petals, underwear blew off in one breath like dandelion fluff. Tongues intertwined and turned liquid. Your whole soul flowed out through your tongue and into the mouth of your lover.

11. Women are their own worst enemies. And guilt is the main weapon of self-torture…Show me a woman who doesn’t feel guilty and I’ll show you a man.

13. You did not have to apologize for wanting to own your own soul. Your soul belonged to you—for better or worse. When all was said and done, it was all you had.

#16 The Artist as Housewife in The First Ms. Reader by Francine Klagsbrun, 1972

16. Everyone has talent. What is rare is the courage to follow the talent to the dark place where it leads.

#17 Seducing the Demon: Writing for My Life

17. We are so scared of being judged that we look for every excuse to procrastinate.

1. The greatest feminists have also been the greatest lovers. I’m thinking not only of Mary Wollstonecraft and her daughter Mary Shelley, but of Anais Nin, Edna St. Vincent Millay, and of course Sappho. You cannot divide creative juices from human juices. And as long as juicy women are equated with bad women, we will err on the side of being bad.

3. I remember everything but forgive anyway.

4. I have lived my life according to this principle: If I’m afraid of it, then I must do it.