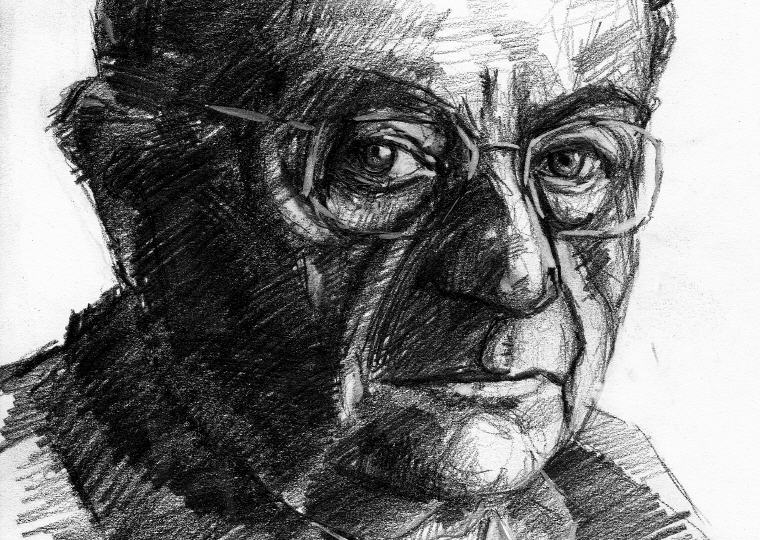 2. To love means to commit oneself without guarantee, to give oneself completely in the hope that our love will produce love in the loved person.

3. Love is an act of faith, and whoever is of little faith is also of little love.

4. To love somebody is not just a strong feeling—it is a decision, it is a judgment, it is a promise. If love were only a feeling, there would be no basis for the promise to love each other forever. A feeling comes and it may go.

5. Love is not primarily a relationship to a specific person; it is an attitude, an orientation of character which determines the relatedness of a person to the world as a whole, not toward one “object” of love. If a person loves only one other person and is indifferent to the rest of his fellow men, his love is not love but a symbiotic attachment, or an enlarged egotism.

7. Care and responsibility are constituent elements of love, but without respect for and knowledge of the beloved person, love deteriorates into domination and possessiveness.

8. I want the loved person to grow and unfold for his own sake, and in his own ways, and not for the purpose of serving me.

9. If it is true, as I have tried to show, that love is the only sane and satisfactory answer to the problem of human existence, then any society which excludes, relatively, the development of love, must in the long run perish of its own contradiction with the basic necessities of human nature.

10. In love the paradox occurs that two beings become one and yet remain two.

12. What most people in our culture mean by being lovable is essentially a mixture between being popular and having sex appeal.

13. There is only one passion which satisfies man’s need to unite himself with the world, and to acquire at the same time a sense of integrity and individuality, and this is love. Love is union with somebody, or something, outside oneself, under the condition of retaining the separateness and integrity of one’s own self. It is an experience of sharing, of communion, which permits the full unfolding of one’s own inner activity.

Erich Seligmann Fromm (March 23, 1900 – March 18, 1980) was an internationally renowned social psychologist, psychoanalyst, humanistic philosopher and democratic socialist. He was associated with what became known as the Frankfurt School of critical theory.
_____________________

1. Both dreams and myths are important communications from ourselves to ourselves. If we do not understand the language in which they are written, we miss a great deal of what we know and tell ourselves in those hours when we are not busy manipulating the outside world.

2. In the sphere of material things giving means being rich. Not he who has much is rich, but he who gives much. The hoarder who is anxiously worried about losing something is, psychologically speaking, the poor, impoverished man, regardless of how much he has. Whoever is capable of giving of himself is rich.

3. He is aware of himself as an active and creative individual and recognizes that there is only one meaning of life: the act of living itself. If the individual overcomes the basic doubt concerning himself and his place in life, if he is related to the world by embracing it in the act of spontaneous living, he gains strength as an as an individual and he gains security.

4. If other people do not understand our behavior—so what? Their request that we must only do what they understand is an attempt to dictate to us. If this is being “asocial” or “irrational” in their eyes, so be it. Mostly they resent our freedom and our courage to be ourselves. We owe nobody an explanation or an accounting, as long as our acts do not hurt or infringe on them. How many lives have been ruined by this need to “explain,” which usually implies that the explanation be “understood,” i.e. approved. Let your deeds be judged, and from your deeds, your real intentions, but know that a free person owes an explanation only to himself—to his reason and his conscience—and to the few who may have a justified claim for explanation.

5. Man is the only animal for whom his own existence is a problem which he has to solve and from which he cannot escape.

6. Man’s main task in life is to give birth to himself, to become what he potentially is. The most important product of his effort is his own personality.

7. On the other hand, who will tell whether one happy moment of love, or the joy of breathing or walking on a bright morning and smelling the fresh air, is not worth all the suffering and effort which life implies? Life is a unique gift and challenge, not to be measured in terms of anything else, and no sensible answer can be given to the question whether it is “worth while” living, because the question does not make any sense.

9. Education is identical with helping the child realize his potentialities. The opposite of education is manipulation, which is based on the absence of faith in the growth of potentialities, and on the conviction that a child will be right only if the adults put into him what is desirable and suppress what seems to be undesirable.

#10 The Anatomy of Human Destructiveness

10. The situation of mankind today is too serious to permit us to listen to the demagogues—least of all demagogues who are attracted to destruction—or even to the leaders who use only their brains and whose hearts have hardened. Critical and radical thought will only bear fruit when it is blended with the most precious quality man is endowed with —the love of life.

11. The quest for certainty blocks the search for meaning. Uncertainty is the very condition to impel man to unfold his powers.

12. Only the person who has faith in himself is able to be faithful to others.

13. As long as anyone believes that his ideal and purpose is outside him, that it is above the clouds, in the past or in the future, he will go outside himself and seek fulfillment where it can not be found. He will look for solutions and answers at every point except the one where they can be found—in himself.

14. Understanding a person does not mean condoning; it only means that one does not accuse him as if one were God or a judge placed above him.

16. Men are increasingly automatons, who make machines which act like men and produce men who act like machines; there reason deteriorates while their intelligence rises, thus creating the dangerous situation of equipping man with the greatest material power without the wisdom to use it.

17. The most beautiful as well as the most ugly inclinations of man are not part of a fixed and biologically given human nature, but result from the social process which creates man.

18. Greed is a bottomless pit which exhausts the person in an endless effort to satisfy the need without ever reaching satisfaction.

19. The right to express our thoughts, however, means something only if we are able to have thoughts of our own; freedom from external authority is a lasting gain only if the inner psychological conditions are such that we are able to establish our own individuality.

20. An illusion shared by everyone becomes a reality.