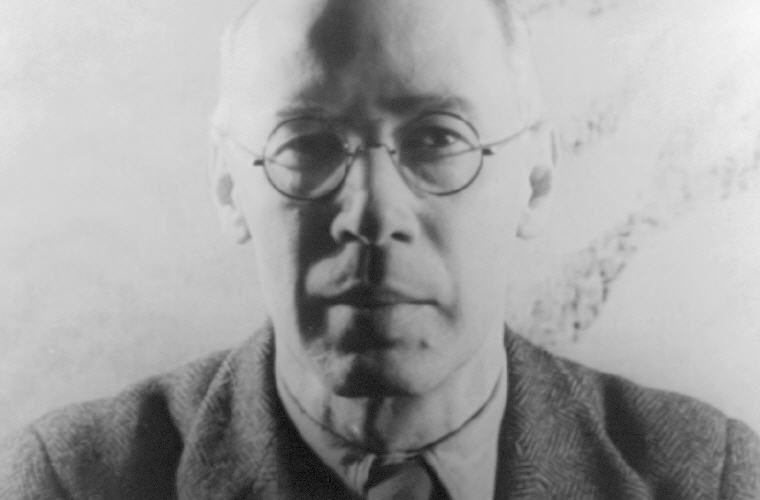 1. If you can fall in love again and again, if you can forgive your parents for the crime of bringing you into the world, if you are content to get nowhere, just take each day as it comes, if you can forgive as well as forget, if you can keep from growing sour, surly, bitter and cynical, man you’ve got it half licked.

2. I hear not a word because she is beautiful and I love her and now I am happy and willing to die.

3. In all the years which have since elapsed she remains the woman I loved and lost, the unattainable one.

4. …I see myself forever and ever as the ridiculous man, the lonely soul, the wanderer, the restless frustrated artist, the man in love with love, always in search of the absolute, always seeking the unattainable.

Excerpt from Wikipedia: Henry Valentine Miller (26 December 1891 – 7 June 1980) was an American novelist and painter. He was known for breaking with existing literary forms and developing a new sort of ‘novel’ that is a mixture of novel, autobiography, social criticism, philosophical reflection, surrealist free association, and mysticism, one that is distinctly always about and expressive of the real-life Henry Miller and yet is also fictional. His most characteristic works of this kind are Tropic of Cancer, Tropic of Capricorn and Black Spring. He also wrote travel memoirs and essays of literary criticism and analysis.
________________

1. In this age, which believes that there is a short cut to everything, the greatest lesson to be learned is that the most difficult way is, in the long run, the easiest.

2. If we have not found heaven within, it is a certainty we will not find it without.

3. No man is great enough or wise enough for any of us to surrender our destiny to. The only way in which anyone can lead us is to restore to us the belief in our own guidance.

4. Imagination is the voice of daring. If there is anything Godlike about God it is that. He dared to imagine everything.

5. The aim of life is to live, and to live means to be aware, joyously, drunkenly, serenely, divinely aware.

6. Confusion is a word we have invented for an order which is not understood.

7. Well, take a good look at me. Now tell me, do you think I’m the sort of fellow who gives a fuck what happens once he’s dead?

8. The tragedy of it is that nobody sees the look of desperation on my face. Thousands and thousands of us, and we’re passing one another without a look of recognition.

#9 The Wisdom of the Heart, Creative Death

9. Life has to be given a meaning because of the obvious fact that it has no meaning.

10. Everybody says sex is obscene. The only true obscenity is war.

12. Giving and receiving are at bottom one thing, dependent upon whether one lives open or closed. Living openly one becomes a medium, a transmitter; living thus, as a river, one experiences life to the full, flows along with the current of life, and dies in order to live again as an ocean.

13. It’s good to be just plain happy, it’s a little better to know that you’re happy; but to understand that you’re happy and to know why and how … and still be happy, be happy in the being and the knowing, well that is beyond happiness, that is bliss …

16. Whatever there be of progress in life comes not through adaptation but through daring, through obeying the blind urge.

17. Why are we so full of restraint? Why do we not give in all directions? Is it fear of losing ourselves? Until we do lose ourselves there can be no hope of finding ourselves. We are of the world, and to enter fully into the world we must first lose ourselves in it.

18. The moment one gives close attention to anything, even a blade of grass, it becomes a mysterious, awesome, indescribably magnificent world in itself.

19. Being is burning, in the truest sense, and if there is to be any peace it will come about through being, not having.

20. Every moment is a golden one for him who has the vision to recognize it as such.

21. Everything we shut our eyes to, everything we run away from, everything we deny, denigrate or despise, serves to defeat us in the end. What seems nasty, painful, evil, can become a source of beauty, joy and strength, if faced with open mind.

22. If at eighty you’re not a cripple or an invalid, if you have your health, if you still enjoy a good walk, a good meal (with all the trimmings), if you can sleep without first taking a pill, if birds and flowers, mountains and sea still inspire you, you are a most fortunate individual and you should get down on your knees morning and night and thank the good Lord for his savin’ and keepin’ power.

23. It’s the little things that matter, not fame, success, wealth.

24. One thing seems more and more evident to me now — people’s basic character does not change over the years. … Far from improving them, success usually accentuates their faults or short-comings. … Life forces us to learn a few lessons, but not necessarily to grow.

25. The future of the world is something for philosophers and visionaries to ponder on. All we ever really have is the present, but very few of us ever live it.

26. By this time I had lost many illusions, but fortunately not my enthusiasm, nor the joy of living, nor my unquenchable curiosity. Perhaps it was this curiosity—about anything and everything—that made me the writer I am.

27. Perhaps the most comforting thing about growing old gracefully is the increasing ability not to take things too seriously.

28. As a young man I was greatly concerned about the state of the world, today, though I still rant and rave, I am content simply to deplore the state of affairs. It may sound smug to speak thus but in reality it means that I have become more humble, more aware of my limitations and those of my fellow man. I no longer try to convert people to my view of things, nor to heal them. Neither do I feel superior because they appear to be lacking in intelligence.

29. One can fight evil but against stupidity one is helpless… I have accepted the fact, hard as it may be, that human beings are inclined to behave in ways that would make animals blush. The ironic, the tragic thing is that we often behave in ignoble fashion from what we consider the highest motives. The animal makes no excuse for killing his prey; the human animal, on the other hand, can invoke God’s blessing when massacring his fellow men. He forgets that God is not on his side but at his side.

30. One’s destination is never a place, but rather a new way of looking at things.

31. Life moves on, whether we act as cowards or heroes. Life has no other discipline to impose, if we would but realize it, than to accept life unquestioningly.

32. The man who looks for security, even in the mind, is like a man who would chop off his limbs in order to have artificial ones which will give him no pain or trouble.

#33 The Wisdom of the Heart, New Directions Publishing, 1941

33. Whatever I do is done out of sheer joy; I drop my fruits like a ripe tree. What the general reader or the critic makes of them is not my concern.

34. Through it all I learned the value of being humble to the dust, reduced to ashes. Everyone should experience that. Before you can recognize you’re somebody, you have to know you’re nobody.

35. To be generous is to say yes before the man even opens his mouth.

36. Every man is working out his destiny in his own way and nobody can be of any help except by being kind, generous, and patient.

#37 The Time of the Assassins: A Study of Rimbaud, New Directions Publishing, 1962

37. …true strength lies in submission which permits one to dedicate his life, through devotion, to something beyond himself.

2. I don’t think we should read for instruction, but to give our souls a chance to luxuriate.

3. Develop an interest in life as you see it; the people, things, literature, music – the world is so rich, simply throbbing with rich treasures, beautiful souls and interesting people. Forget yourself.