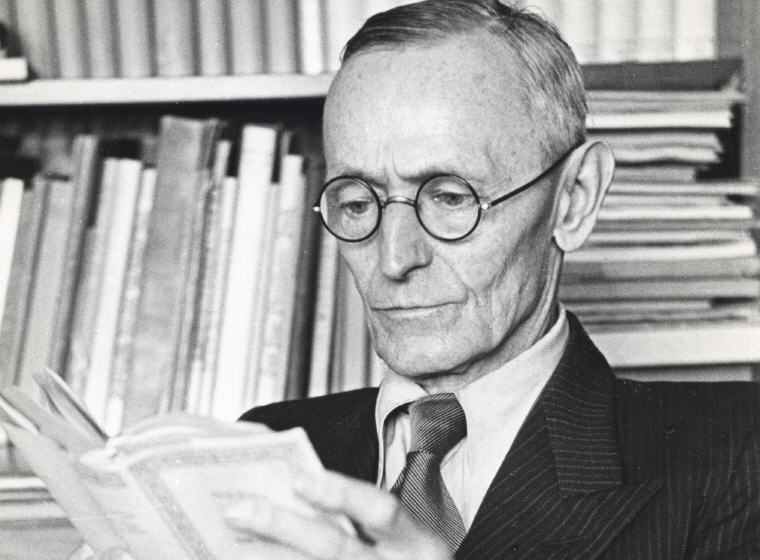 3. At her first kiss I felt something melt inside me that hurt in an exquisite way. All my longings, all my dreams and sweet anguish, all the secrets that slept within me, came awake, everything was transformed and enchanted, everything made sense.

4. Oh, love isn’t there to make us happy. I believe it exists to show us how much we can endure.

5. That’s the way it is when you love. It makes you suffer, and I have suffered much in the years since. But it matters little that you suffer, so long as you feel alive with a sense of the close bond that connects all living things, so long as love does not die!

6. Passion is always a mystery and unaccountable, and unfortunately there is no doubt that life does not spare its purest children and often it is just the most deserving people who cannot help loving those that destroy them.

7. Love does not entreat; or demand. Love must have the strength to become certain within itself. Then it ceases merely to be attracted and begins to attract.

8. It may be important to great thinkers to examine the world, to explain and despise it. But I think it is only important to love the world, not to despise it, not for us to hate each other, but to be able to regard the world and ourselves and all beings with love, admiration and respect.

Excerpt from Wikipedia: Hermann Hesse (July 2, 1877 – August 9, 1962) was a German Swiss poet, novelist, and painter. In 1946 he received the Nobel Prize in Literature. His best-known works include Steppenwolf, Siddhartha, and The Glass Bead Game (also known as Magister Ludi) each of which explores an individual’s search for authenticity, self-knowledge and spirituality.
_________________

1. …wisdom cannot be passed on. Wisdom which a wise man tries to pass on to someone always sounds like foolishness…Knowledge can be conveyed, but not wisdom. It can be found, it can be lived, it is possible to be carried by it, miracles can be performed with it, but it cannot be expressed in words and taught.

2. Meaning and reality were not hidden somewhere behind things, they were in them, in all of them.

3. Not in speech or thought do I regard him as a great man, but in his deeds and life.

4. You are like me, you are different from most people. You are Kamala, nothing else, and inside of you, there is a peace and refuge, to which you can go at every hour of the day and be at home at yourself, as I can also do. Few people have this, and yet all could have it.

5. It is not my place to judge another person’s life. Only for myself, for myself alone, I must decide, I must chose, I must refuse.

7. The river has taught me to listen; you will learn from it, too. The river knows everything; one can learn everything from it. You have already learned from the river that it is good to strive downwards, to sink, to seek the depths.

8. One must find the source within one’s own Self, one must possess it Everything else was seeking—a detour, error.

#9 Demian: The Story of Emil Sinclair’s Youth, Translated from the German by Michael Roloff and Michael Lebeck [S]

9. I have been and still am a seeker, but I have ceased to question stars and books; I have begun to listen to the teachings my blood whispers to me.

#10 Demian: The Story of Emil Sinclair’s Youth, Translated from the German by Michael Roloff and Michael Lebeck [S]

10. You are only afraid if you are not in harmony with yourself. People are afraid because they have never owned up to themselves. A whole society composed of men afraid of the unknown within them!

#11 Demian: The Story of Emil Sinclair’s Youth, Translated from the German by Michael Roloff and Michael Lebeck [S]

11. People with courage and character always seem sinister to the rest.

#12 Demian: The Story of Emil Sinclair’s Youth, Translated from the German by Michael Roloff and Michael Lebeck [S]

12. If you hate a person, you hate something in him that is part of yourself. What isn’t part of ourselves doesn’t disturb us.

#13 Demian: The Story of Emil Sinclair’s Youth, Translated from the German by Michael Roloff and Michael Lebeck [S]

13. If you need something desperately and find it, this is not an accident; your own craving and compulsion leads you to it.

#14 Demian: The Story of Emil Sinclair’s Youth, Translated from the German by Michael Roloff and Michael Lebeck [S]

14. Each man had only one genuine vocation—to find the way to himself.

#15 Demian: The Story of Emil Sinclair’s Youth, Translated from the German by Michael Roloff and Michael Lebeck [S]

15. One never reaches home. But where paths that have affinity for each other intersect the whole world looks like home, for a time.

#16 Demian: The Story of Emil Sinclair’s Youth, Translated from the German by Michael Roloff and Michael Lebeck [S]

16. …you must find your dream, then the way becomes easy. But there is no dream that lasts forever, each dream is followed by another, and one should not cling to any particular one.

#17 Demian: The Story of Emil Sinclair’s Youth, Translated from the German by Michael Roloff and Michael Lebeck [S]

17. Only the ideas that we actually live are of any value.

18. We demonstrate to anyone whose soul has fallen to pieces that he can rearrange these pieces of a previous self in what order he pleases, and so attain to an endless multiplicity of moves in the game of life.

19. Learn what is to be taken seriously and laugh at the rest.

21. We cannot evade life’s course, but we can school ourselves to be superior to fortune and also to look unflinchingly upon the most painful things.

22. The south winds roars at night, curlews hasten in their flight, the air is damp and warm. Desire to sleep has vanished now, Spring has arrived in the night in the wake of a storm.

23. Youth ends when egotism does; maturity begins when one lives for others.

24. The deity is within you, not in ideas and books. Truth is lived, not taught.

25. …every experience has its element of magic.

26. When we are stricken and cannot bear our lives any longer, then a tree has something to say to us: Be still! Be still! Look at me! Life is not easy, life is not difficult. Those are childish thoughts. Let God speak within you, and your thoughts will grow silent. You are anxious because your path leads away from mother and home. But every step and every day lead you back again to the mother. Home is neither here nor there. Home is within you, or home is nowhere at all.

27. We are sun and moon, dear friend; we are sea and land. It is not our purpose to become each other; it is to recognize each other, to learn to see the other and honor him for what he is: each the other’s opposite and complement.

28. My goal is this: always to put myself in the place in which I am best able to serve, wherever my gifts and qualities find the best soil, the widest field of action. There is no other goal.

1. To hold our tongues when everyone is gossiping, to smile without hostility at people and institutions, to compensate for the shortage of love in the world with more love in small, private matters; to be more faithful in our work, to show greater patience, to forgo the cheap revenge obtainable from mockery and criticism: all these are things we can do.

3. You know quite well, deep within you, that there is only a single magic, a single power, a single salvation, and that is called loving.

4. I have always believed, and I still believe, that whatever good or bad fortune may come our way we can always give it meaning and transform it into something of value.

5. I began to understand that suffering and disappointments and melancholy are there not to vex us or cheapen us or deprive us of our dignity but to mature and transfigure us.