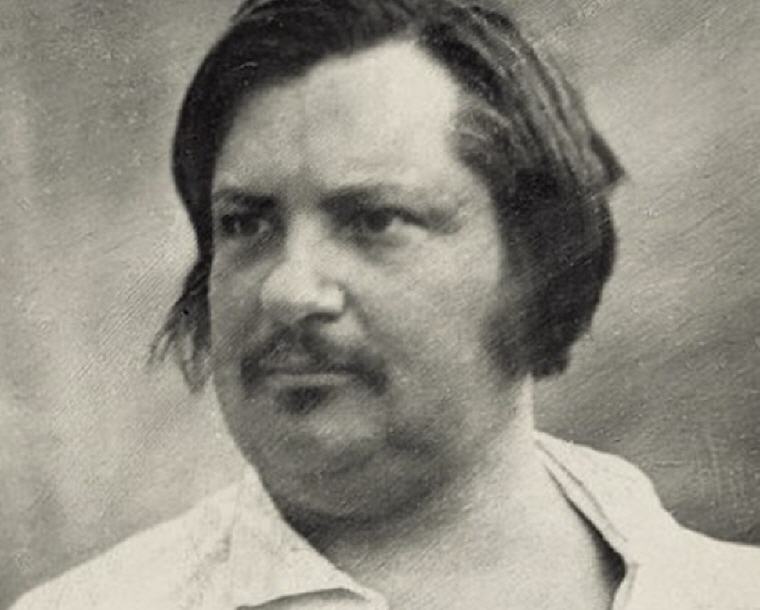 1. Between persons who are perpetually in each other’s company dislike or love increases daily; every moment brings reasons to love or hate each other more and more.

2. Love may be or it may not, but where it is, it ought to reveal itself in its immensity.

3. Children, dear and loving children, can alone console a woman for the loss of her beauty.

#4 The Muse of the Department, Translator: James Waring [S]

4. When women love, they forgive everything, even our crimes; when they do not love, they cannot forgive anything—not even our virtues.

5. Love makes us almost sacred in our own eyes; it is the life of another that we revere within us: then and so begins for us the cruellest trouble of all—the misery with a hope in it, a hope for which we must even bear our torments.

6. In a husband, there is only a man; in a married woman, there is a man, a father, a mother and a woman.

#7 The Lily of the Valley, Translator: James Waring [S]

7. If the words Noblesse oblige include a great part of my first injunctions, my advice as to your dealings with women may also be summed up in this chivalrous motto, ‘Les servir toutes, n’en aimer qu’une‘ (Serve all, love but one).

#8 The Lily of the Valley, Translator: James Waring [S]

8. I YIELD to your wish. It is the privilege of the woman whom we love more than she loves us that she can at any moment make us forget the laws of good sense.

#9 The Lily of the Valley, Translator: James Waring [S]

9. Believe me, true love is eternal, infinite, always the same; equable and pure without vehement outbreaks; it is found under white hairs when the heart is still young.

10. Our heart is a treasury; if you pour out all its wealth at once, you are bankrupt.

11. If the human heart is inclined to stop and rest, as it climbs the heights of affection, it rarely pauses on the rapid downward slopes of dislike.

#12 The Honeymoon, The Physiology of Marriage [S]

12. The duration of the passion of two beings who are susceptible to love is in proportion to the original resistance on the part of the woman, or to the obstacles which society chances to put in the way of their happiness.

#13 The Honeymoon, The Physiology of Marriage [S]

13. Man can start with aversion and end with love; but, if he begin with love and come round to aversion, he will never get back to love.

#14 The Fore-Ordained, The Physiology of Marriage [S]

14. Love is the poetry of the senses. It holds in its hand the destiny of all that is great in man and of all that appertains to his mind.

#15-16 Fifth Meditation: The Fore-Ordained, The Physiology of Marriage [S]

15. It is easier to be a lover than a husband, for the simple reason that it is more difficult to have a ready wit the whole day long than to say a good thing occasionally.

16. Marriage should war unceasingly against a monster that is the ruin of everything: the monster custom.

#17 Eighth Meditation: The First Symptoms, The Physiology of Marriage [S]

17. The more one criticises, the less one loves.

18. To be jealous of the woman one loves is to give evidence of a strange lack of reasoning power. Either we are loved or we are not; and, in either case, jealousy is a passion which is of no use to mankind; it cannot be accounted for any more than fear; it may be that jealousy is fear in love. A jealous man does not doubt his wife, he doubts himself.

19. The proof of love lies in two things—suffering and happiness. When, after passing through these double trials of life two beings have shown each other their defects as well as their good qualities, when they have really observed each other’s character, then they may go to their grave hand in hand.

20. In my opinion, first love is a kind of vaccination which saves a man from catching the Complaint a second time.

21. One can imagine the look the two lovers exchanged; it was like a flame, for virtuous lovers have not a shred of hypocrisy.

22. For those who live by feelings rather than by interests, who have more heart and blood than mind and lymph, a true love will change the whole course of existence.

23. …you make life easy for me to bear from this moment. My heart has been heavy enough with feelings I could not express. Tell me only that you will love me a little, and I will find the necessary courage to speak to you of certain matters.

24. You cannot pluck love out of your heart as you draw a tooth.

25. Love has its own instinct, finding the way to the heart, as the feeblest insect finds the way to its flower, with a will which nothing can dismay nor turn aside. If feeling is sincere, its destiny is not doubtful.

Excerpt from Wikipedia: Honoré de Balzac (20 May 1799 – 18 August 1850) was a French novelist and playwright. The novel sequence La Comédie humaine, which presents a panorama of post-Napoleonic French life, is generally viewed as his magnum opus.

Owing to his keen observation of detail and unfiltered representation of society, Balzac is regarded as one of the founders of realism in European literature. He is renowned for his multi-faceted characters; even his lesser characters are complex, morally ambiguous and fully human. Inanimate objects are imbued with character as well; the city of Paris, a backdrop for much of his writing, takes on many human qualities. His writing influenced many famous writers, including the novelists Émile Zola, Charles Dickens, Marcel Proust, Gustave Flaubert, and Henry James, and filmmakers François Truffaut and Jacques Rivette. Many of Balzac’s works have been made into films and continue to inspire other writers.
_________________

1. I tell you, my friend, all happiness depends on courage and work. I have had many periods of wretchedness, but with energy, and above all, with illusions, I pulled through them all. That is why I still hope, and hope much.

#2 The Muse of the Department, Translator: James Waring [S]

2. …there is no great talent without a strong will.

#3 Fifth Meditation: The Fore-Ordained, The Physiology of Marriage [S]

4. Some day you will find out that there is far more happiness in another’s happiness than in your own.

5. Empty-headed people who babble about their own affairs because they have nothing else to occupy them, naturally conclude that if people say nothing of their doings it is because their doings will not bear being talked about…

6. …women are in a manner true to themselves even through their grossest deceit, because their actions are prompted by a natural impulse.

7. Life is what our feelings make of it…

8. Think, then, how glorious must be the life of a man who can stamp all realities upon his thought, place the springs of happiness within himself and draw thence uncounted pleasures in idea, unsoiled by earthly stains. Thought is a key to all treasures; the miser’s gains are ours without his cares.

9. But does not happiness come from the soul within?

10. Passion is the sum-total of humanity. Without passion, religion, history, romance, art, would all be useless.

11. People exaggerate both happiness and unhappiness; we are never so fortunate nor so unfortunate as people say we are.

12. A mother’s happiness is like a beacon, lighting up the future, but reflected also on the past in the guise of fond memories.

13. It is only in the act of nursing that a woman realizes her motherhood in visible and tangible fashion; it is a joy of every moment. The milk becomes flesh before our eyes; it blossoms into the tips of those delicate flower-like fingers; it expands in tender, transparent nails; it spins the silky tresses; it kicks in the little feet.

15. Nothing so fortifies a friendship as a belief on the part of one friend that he is superior to the other.

16. To obtain a heart that is all your own, to be able to feel yourself utterly understood—is not that happiness?

1. Ah! What pleasure it must be to a woman to suffer for the one she loves!

2. The heart of a mother is a deep abyss at the bottom of which you will always find forgiveness.

3. A good husband is never the first to go to sleep at night or the last to awake in the morning.

4. It is as absurd to say that a man can’t love one woman all the time as it is to say that a violinist needs several violins to play the same piece of music.

5. For a woman knows the face of the man she loves like a sailor knows the open sea.

6. Our worst misfortunes never happen, and most miseries lie in anticipation.