1. Love looks through a telescope; envy, through a microscope.

2. A dog is the only thing on earth that loves you more than you love yourself. 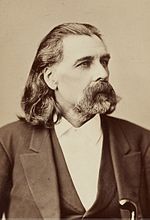 Excerpt from Wikipedia: Josh Billings was the pen name of humorist born Henry Wheeler Shaw (20 April 1818 – 14 October 1885). He was perhaps the second most famous humor writer and lecturer in the United States in the second half of the 19th century after Mark Twain, although his reputation has not fared so well with later generations.

1. About the only difference between the poor and the rich, is this, the poor suffer misery, while the rich have to enjoy it.

2. Adversity has the same effect on a man that severe training has on the pugilist: it reduces him to his fighting weight.

3. Advice is like castor oil, easy enough to give but dreadful uneasy to take.

4. As scarce as truth is, the supply has always been in excess of the demand.

5. Be like a postage stamp. Stick to one thing until you get there.

6. Common sense is instinct, and enough of it is genius.

8. Consider the postage stamp: its usefulness consists in the ability to stick to one thing till it gets there.

10. Every man has his follies – and often they are the most interesting thing he has got.

11. Honesty is the rarest wealth anyone can possess, and yet all the honesty in the world ain’t lawful tender for a loaf of bread.

12. I have lived in this world just long enough to look carefully the second time into things that I am most certain of the first time.

13. If a man should happen to reach perfection in this world, he would have to die immediately to enjoy himself.

14. If there was no faith there would be no living in this world. We could not even eat hash with any safety.

15. If you ever find happiness by hunting for it, you will find it, as the old woman did her lost spectacles, safe on her own nose all the time.

16. It is a very delicate job to forgive a man, without lowering him in his own estimation, and yours too.

17. It’s not only the most difficult thing to know one’s self, but the most inconvenient.

18. Learning sleeps and snores in libraries, but wisdom is everywhere, wide awake, on tiptoe.

19. Life consists not in holding good cards but in playing those you hold well.

20. Money will buy a pretty good dog, but it won’t buy the wag of his tail.

21. Most people when they come to you for advice, come to have their own opinions strengthened, not corrected.

22. One of rarest things that a man ever does is to do the best he can.

23. One of the best temporary cures for pride and affectation is seasickness; a man who wants to vomit never puts on airs.

24. One of the greatest victories you can gain over someone is to beat him at politeness.

26. The best time for you to hold your tongue is the time you feel you must say something or bust.

27. The thinner the ice, the more anxious is everyone to see whether it will bear.

28. There are people who are always anticipating trouble, and in this way they manage to enjoy many sorrows that never really happen to them.

29. There are some people so addicted to exaggeration that they can’t tell the truth without lying.

30. There are two kinds of fools: those who can’t change their opinions and those who won’t.

31. There is no revenge so complete as forgiveness.

32. When a man comes to me for advice, I find out the kind of advice he wants, and I give it to him.

33. Silence is one of the hardest arguments to refute.

34. To bring up a child in the way he should go, travel that way yourself once in a while.