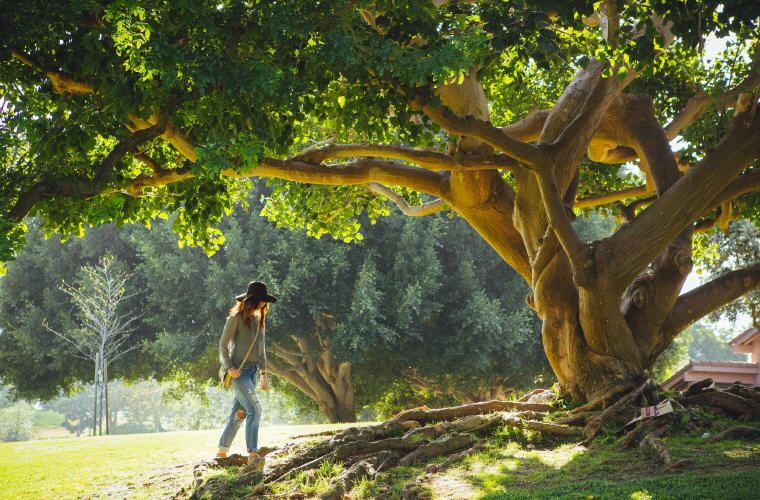 More than 60 quotes and sayings about forgiveness

Forgiving others do not mean that we condone what was done. We just consciously choose not to serve the term for the wrongs that were done in the past. Forgiveness doesn’t change the past, but it sure will change the future. It releases us and set us free. Leave retribution, if any, to the Universe. Choose to forgive for your own happiness and health.

1. A forgiving and generous heart is the fountain of happiness.

Remain soft-spoken and forgiving, even when reason is on your side.

Be forgiving towards others. Be cautious in your speech.

We can choose to bear grudges or forgive. With a change of thought, we can tolerate everything.

2. If forgiveness is medicine for the soul, then gratitude is vitamins.

Forgiveness is a reflection of loving yourself enough to move on.

3. Write your sorrows in sand and your blessings in stone.

Forgive them, even if they are not sorry. Holding on to anger only hurts you, not them.

Unforgiveness is like a poison and a bitterness in your soul. It’s time to get ride of that poison.

Unforgiveness is like a poison and a bitterness in your soul, and your life will always be bitter until you get rid of that poison

5. Forgiveness is a form of gratitude. When we forgive others, we show them the mercy that we have often received and been thankful for.

6. We are supposed to forgive everyone; everyone includes ourselves.

7. The act of forgiveness takes place in our own mind. It really has nothing to do with the other person.

Forgiveness is a gift to myself. I forgive, and I set myself free.

Being unwilling to forgive is a terrible thing to do to ourselves.

As I forgive myself, it becomes easier to forgive others.

I forgive everyone in my past for all perceived wrongs. I release them with love.

8. True forgiveness is when you can say, “Thank you for that experience.”

9. Any resentment you hold on to is a wall in front of your heart. No technique other than forgiveness can remove it, and no one but you can do it.

Forgiveness is the only way we can release ourselves from the past.

There is no peace without forgiveness.

10. Forgiveness is the needle that knows how to mend.

11. … forgive yourself. Let go of what’s bitter and move on.

12. As long as you don’t forgive, who and whatever it is will occupy rent-free space in your mind.

13. The weak can never forgive. Forgiveness is the attribute of the strong.

14. You have the power to take away someone’s happiness by refusing to forgive. That someone is you.

15. Forgive! It doesn’t erase their crime, but why should you do the time? Let go of resentment.

16. Forgiveness gives you wings to fly.

Forgive yourself when you are not at your best and it becomes easier to forgive others.

17. When you forgive, you heal your own anger and hurt and are able to let love lead again. It’s like spring cleaning for your heart.

18. Forgive and give as if it were your last opportunity. Love like there’s no tomorrow, and if tomorrow comes, love again.

19. I don’t forgive people because I’m weak, I forgive them because I am strong enough to know people make mistakes.

20. As I walked out the door toward the gate that would lead to my freedom, I knew if I didn’t leave my bitterness and hatred behind, I’d still be in prison.

21. Do not let the shadows of your past darken the doorstep of your future. Forgive and forget.

22. Forgiveness is the fragrance that the violet sheds on the heel that has crushed it.

23. It can be hard to forgive and let go but it’s important to remember that harboring the resentment and holding a grudge can hurt you even more. The word “forgive” really means to give something up for YOURSELF – not for them.

24. When you forgive, you in no way change the past – but you sure so change the future.

25. Bearing grudges only hurts you. Forgiveness forgives you, releases you.

26. Forgive quickly and freely for peace of mind.

Forgive people in your life, even those who are not sorry for their actions. Holding on to anger only hurts you, not them.

27. Forgiveness means letting go of the hope for a better past.

28. I remember everything but I forgive anyway.

29. Always forgive your enemies; nothing annoys them so much.

30. Any fool knows men and women think differently at times, but the biggest difference is this. Men forget, but never forgive; women forgive, but never forget.

32. One of the keys to happiness is a bad memory.

33. Keep in mind, hurting people often hurt other people as a result of their own pain. If somebody is rude and inconsiderate, you can almost be certain that they have some unresolved issues inside. They have some major problems, anger, resentment, or some heartache they are trying to cope with or overcome. The last thing they need is for you to make matters worse by responding angrily.

34. Forgiveness is not an occasional act, it is a constant attitude.

35. We are all mistaken sometimes; sometimes we do wrong things, things that have bad consequences. But it does not mean we are evil, or that we cannot be trusted ever afterward.

36. Throughout life people will make you mad, disrespect you and treat you bad. Let God deal with the things they do, cause hate in your heart will consume you too.

39. To be wronged is nothing, unless you continue to remember it.

41. The willingness to forgive is a sign of spiritual and emotional maturity. It is one of the great virtues to which we all should aspire. Imagine a world filled with individuals willing both to apologize and to accept an apology. Is there any problem that could not be solved among people who possessed the humility and largeness of spirit and soul to do either – or both – when needed?

Somehow forgiveness, with love and tolerance, accomplishes miracles that can happen in no other way.

42. Forgiveness is an act of the will, and the will can function regardless of the temperature of the heart.

43. Hatred eats the soul of the hater not the hated.

44. To forgive is the highest, most beautiful form of love. In return, you will receive untold peace and happiness.

45. Once a woman has forgiven her man, she must not reheat his sins for breakfast.

46. When you hold resentment toward another, you are bound to that person or condition by an emotional link that is stronger than steel. Forgiveness is the only way to dissolve that link and get free.

48. Forgiveness does not change the past, but it does enlarge the future.

Life becomes easier when you learn to accept an apology you never got.

50. He who cannot forgive breaks the bridge over which he himself must pass.

51. Forgive all who have offended you, not for them, but for yourself.

52. Genuine forgiveness does not deny anger but faces it head-on.

54. Forgive others, not because they deserve forgiveness, but because you deserve peace.

Forgiving is not a gift to someone else. Forgiving is your gift to yourself – a great gift – the gift of happiness.

55. Forgiveness leads to a shift in perception. It transforms the hurt into healing.

You can forgive, no matter what has been done to you. As long as you do not forgive, you are locked into the memory of the event.

Forgive everything! Forgiveness does not erase the memory of an experience, it neutralizes its impact.

When you learn to forgive, you no longer have reasons to be angry. You forgive. You move on. It is really quite simple.

If someone has offended, insulted, or disappointed you, let it go! Ask yourself, what good does it do for me to hold on to this?

56. It’s one of the greatest gifts you can give yourself, to forgive. Forgive everybody.

57. Forgive them. All of your thems. The more thems you can forgive the lighter you’ll feel.

58. Hold no grudges and practice forgiveness. This is the key to having peace in all your relationships.

Forgiveness is an act of self-love.

Live forgiveness every day rather than just talking about it on Sunday.

59. Without forgiveness there can be no future for a relationship between individuals or within and between nations.

Resentment and anger are bad for your blood pressure and your digestion.

Forgiveness is an absolute necessity for continued human existence.

60. Forgiveness isn’t approving what happened. It’s choosing to rise above it.

61. To forgive is to set a prisoner free and discover that the prisoner was you.

62. Forgiveness is just another name for freedom.

63. It is act of grace to forgive. It is an act of love to offer yourself another chance.

64. When you hold resentment toward another, you are bound to that person or condition by an emotional link that is stronger than steel. Forgiveness is the only way to dissolve that link and get free.

66. Guilt, regret, resentment, grievances, sadness, bitterness, and all forms of non-forgiveness are caused by too much past, and not enough presence. (The Power of Now: A Guide to Spiritual Enlightenment

The most important step out of the karmic law is forgiveness.

67. Anyone can hold a grudge, but it takes a person with character to forgive. When you forgive, you release yourself from a painful burden. Forgiveness doesn’t mean what happened was OK, and it doesn’t mean that person should still be welcome in your life. It just means you have made peace with the pain and are ready to let it go.

68. I do not forget any good deed done to me, and I do not carry a grudge for a bad one.

69. Remember the healing power of forgiveness.

… without forgiveness the world can never be released from the sorrows of the past…Forgiveness is a way to move on.

Forgiveness is fundamentally for our own sake, for our own mental health. It is a way to let go of the pain we carry.

Forgiveness offers the heart’s mercy that our hurt and fear have withheld for so long.

Forgiveness is the heart’s capacity to release its grasp on the pains of the past and free itself to go on.

Without forgiveness, we are forced to repeat the suffering of the past.

70. Life appears to me too short to be spent in nursing animosity or registering wrongs. (Jane Eyre

71. Forgiving others, as well as ourselves, is one big key to a happy life. (Flickr)

73. In order to heal we must first forgive … and sometimes the person we must forgive is ourselves.

#74 The Things You Can See Only When You Slow Down: How to be Calm in a Busy World

74. Forgive them. So you can be free. So you can be happy. So you can go on living your life. It won’t be easy, and it will feel unjust. A sudden gush of anger may pass through you. Tears of bitterness may roll down your face. Allow those feelings to surface, and let them be. Treat them kindly, with your compassionate hearts.